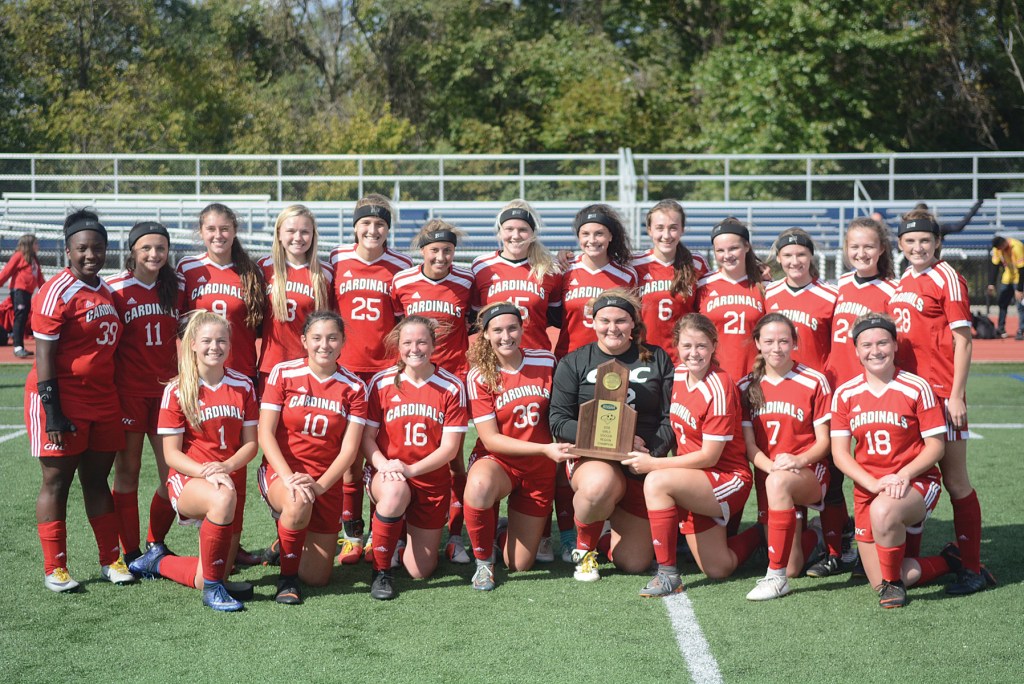 The Lady Cards defeated Scott High School 3-1 on the road in a late second half comeback to seal the game.

GRC was down 1-0 throughout the whole first half and halfway through the second half of the match after the Lady Eagles scored a deep 25-yard shot to take the lead.

With 19 minutes left to go in the game, Leslie Hernandez took a free kick and the shot deflected off the goalie’s legs and stayed in the box.

Allie Bush gained control of the ball after the deflection and sent it into the net to even the score.

Scott had a chance to regain the lead with 10 minutes left, but a Brooklyn Johnson high-effort save kept the Lady Eagles from scoring.

GRC took the lead 2-1 with eight minutes to spare as Bush utilized her speed to weave around five defenders to score her second goal of the night.

Hernandez scored the Lady Cards’ third goal four minutes later from another Bush shot, but this time Hernandez cleaned up the rebound and sent the shot past the goalie.

“It is a pretty crazy feeling,” she said. “We have put in so much work. It feels good, like a relief to make it there. Which is pretty crazy because I do not think our program has made it there three times in a row.”

Bush said the relationship between her teammates and coaching staff has played a major role for their success.

“My dad is one of the coaches which also helps,” she said. “We are all like sisters on this team. We spend so much time together and we put so much work in it. It feels like it has all paid off.”

Bush said her team managed to fight through the deficit because of the sisterhood.

“We are playing for the seniors and are using that as motivation,” she said. We also had a really good motivational speech at halftime that kind of got to us. It would have been our seniors’ last game and they are like our big sister and people who we look up to. So we have been playing for them to make sure they have another game.”