Jasmine Flowers to play basketball at the University of the Cumberlands 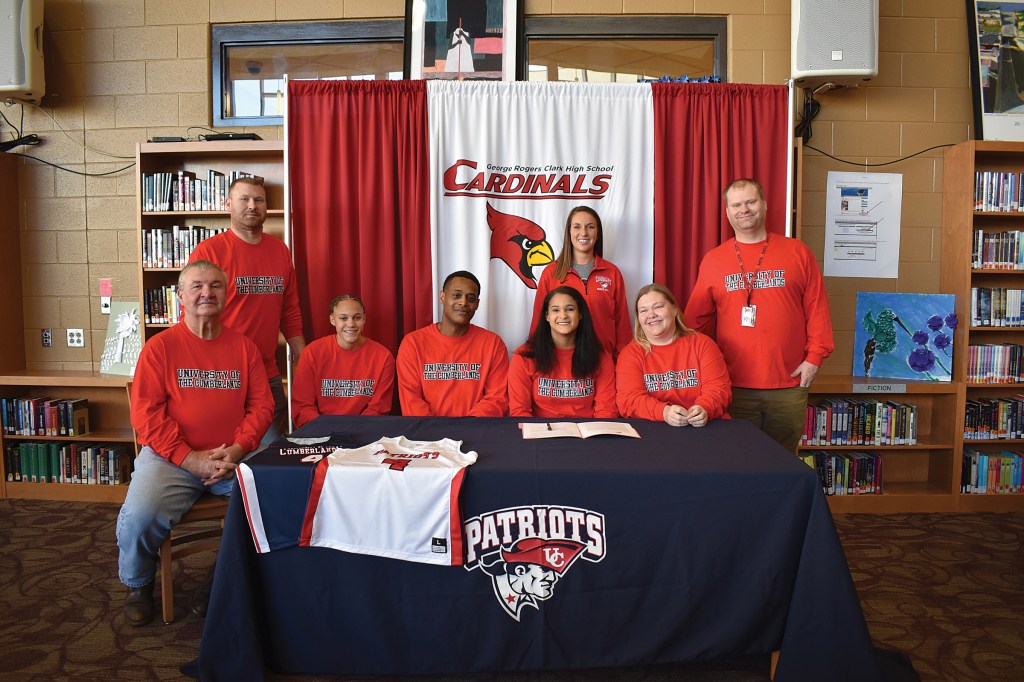 Jasmine Flowers of the George Rogers Clark basketball team signed her letter of intent to play at the University of the Cumberlands Tuesday.

Flowers has been a major contributor for the Cardinals including helping her team achieve the 10th Region championship the past two seasons and a Final Four appearance last season.

Flowers said the University of the Cumberlands is a perfect fit for her because of how close it was.

“Academically it seemed like a perfect fit for me which is great,” she said. “I loved the campus and the coaching staff. It is only two hours from home which is not too close or too far away.”

Flowers admits her nervousness in being part of a new community.

“I am nervous because it is a new place and it is not GRC,” she said. “I am excited for the next part of my basketball career and experiencing new things. It is hard balancing out basketball with school work, but I have done it since I was little so I am used to it now.”

Flowers said her career at GRC has helped show her the importance of team success and not just individual success.

“The experience helped me see you can do more when you have other people around you,” she said. “Basketball as a whole has shown what you can do when you work together. I learned to keep playing for my team no matter how bad I am doing during a game.”

Head coach Robbie Graham said Flowers has been an important piece to GRC’s team over the past few years.

“She has been very solid,” he said. “She is a tenacious defender, shoots the ball well and has a strong, athletic build. She can get to the bucket and finish. She has been a really good player for us.”

Graham said Cumberlands got a steal to pick up a player like Flowers.

“She is going to fit in great as a teammate,” he said. “She has a great personality. She will fit well with any group wherever she is. The University of the Cumberlands is getting a heck of a player. Physically, I think she is college ready. She may have to have an adjustment mentally, but I think all college athletes do. She will have an impact there and have an opportunity to play over the next four years.”