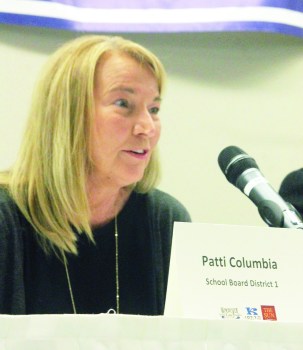 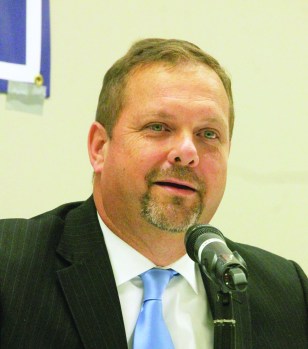 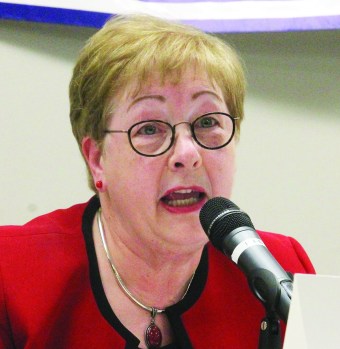 Candidates for the Clark County Board of Education talked school safety, taxes, drop out requirements and more during the candidates’ forum Monday.

Patti Columbia and Bill Taulbee are running for District 1. Both are new candidates; the winner of the Nov. 6 election will fill Michael Kuduk’s seat. Kuduk did not run for re-election.

Incumbent Judy Hicks is running against Sherry Richardson for the District 4 seat. Hicks has been on the board for 17 years. Richardson was not able to attend the forum.

Both candidates for District 1 agreed Clark County Public Schools are safer now than in the past.

Columbia said she applauds the efforts of the board and the district for implementing more security and adding resource officers, but there is always more to the district can do.

“If we can keep doing and doing, we will get there,” Columbia said.

Taulbee agreed. He said he doesn’t think the schools will ever be 100 percent safe, but the district can continuously improve its safety and security efforts. Taulbee said he would like to see at least one more school resource officer added.

In regards to the tax rate, both candidates said they could potentially support an increase.

Columbia said she is not against raising the tax rate if it is proven necessary. The school tax rates did not increase for the 2018-19 fiscal year but remained the same.

Columbia and Taulbee said they would like to see more tax money allocated to safety initiatives.

Outside of collecting money via taxes, the candidates also discussed ideas to increase revenue for the district.

Columbia said the district needs to provide incentives for teachers to come to Clark County as well as provide more opportunities for the youth.

Taulbee said the district needs to provide incentives for teachers and employees to live in Clark County, thus increasing the tax base.

In her closing comments, Columbia said she would like to see more mental health counselors and therapists in the schools. She said she would also like to see teaching practices re-examined, determining whether “teaching to the test” or “to the child” is better.

In her opening statement, Hicks spoke about her tenure on the board. Hicks said for 17 years, she and her fellow board members have voted to improve the district in various ways including implementing full-day kindergarten, establishing a diverse enrollment in schools, seeing through new construction and renovation projects and more.

Hicks also talked about the drop out requirements, which now state the student must be 18 instead of 16 to drop out. Hicks said she does not think the change has affected the dropout rate, which is currently at 1.2 percent. However, Hicks emphasized having quality educational programs and opportunities for all students would be more fruitful in continuing to lower the drop out rate.

“We want to see all students get as quality of an education as possible,” Hicks said.

Hicks also discussed the new graduation requirements the Kentucky Board of Education recently passed. Hicks said she was not impressed by some of the new elements. She noted one area of concern — a new competency test which the state will require 10th graders to take. The exam will cover eighth-grade material. Hicks said that requirement isn’t rigorous enough.

“We need to be providing rigorous opportunities and expectations for students,” she said.

Hicks also said the new proposal to allow a C instead of a B for a student taking a dual credit class to receive accountability credit as it relates to the accountability portion for state testing.

“That is not improvement in my opinion,” Hicks said.