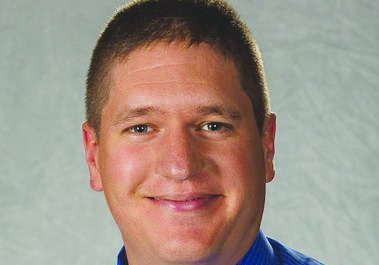 Temperatures are dropping at night, and we have already seen the first frost of the fall.

In some places, there is a lot of Johnsongrass in pastures and hayfields,,and that brings up concerns for cattle producers.

That is because Johnsongrass contains cyanic compounds which, under certain stresses, can result in cyanide poisoning when consumed by beef cattle.

Beef cattle producers should be aware of the potential issues with Johnsongrass following a frost, and keep them in mind when managing the herd.

Cyanide poisoning is a concern with Johnsongrass following a frost because the species contains cyanogenic compounds that produce free cyanide gas when the plant cells rupture after a frost event.

When damaged Johnsongrass is consumed, the cyanide can be absorbed into the blood stream and result in cyanide poisoning.

Cyanide is a gas, so it dissipates as the plant dries during hay curing or during the ensiling process.

As a general rule of thumb, the highest potential risk of cyanide poisoning of beef cattle from grazing Johnsongrass comes when it is grazed after a light frost.

This means grazing the regrowth of hay fields harvested more recently will pose the highest risk.

Chopping fields with lots of Johnsongrass for silage can pose a risk as well if they are being fed as “green chop.” However, when properly ensiled, the risk of cyanide poisoning is greatly reduced. The risk of cyanide poisoning can also be greatly reduced when grazing Johnsongrass is delayed until the plant material is completely dead following a heavy frost.

There is little risk of cyanide poisoning for beef cattle when they are fed Johnsongrass hay that has been adequately cured before being rolled or baled.

Here is the recommendation concerning the management of Johnsongrass following a frost event.

Following a light frost that doesn’t completely kill Johnsongrass in the field, wait at least two weeks without any additional frost events. Following a killing frost, fields can be grazed as soon as the Johnsongrass plants are dead and dried up.

Harvesting Johnsongrass hay is OK as long it is cured adequately. Never feed green chop that contains Johnsongrass harvested after a light frost. Instead, let it ensile properly, then it will be safest to feed.

If you have any questions, or would like additional information about this topic, feel free to contact Clay Stamm at the Clark County Extension Service. You can email Clay (clay.stamm@uky.edu), or call (859) 744-4682.