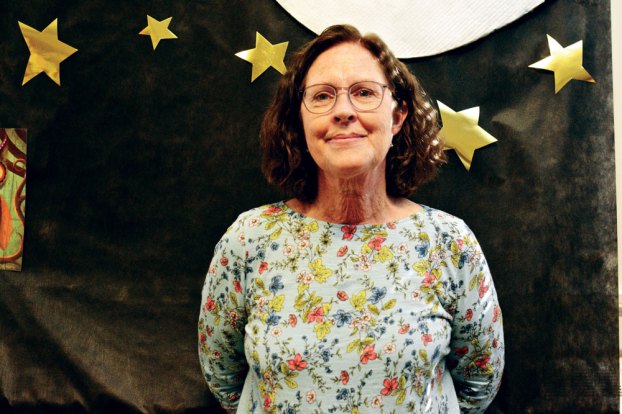 Kathy Grawe is a teacher at Clark County Preschool. (Photo by Lashana Harney)

From undecided to a perfect fit: Clark teacher found passion for teaching with job in college

Kathy Grawe wasn’t always sure about her career path.

Grawe, a Clark County native, went to the University of Kentucky, at first undecided, but while working at Early Childhood Development Center (ECDC) in Winchester at 18-years-old, the path became clear.

“I don’t think I had ever thought about working with children before that, but I did enjoy being with the children, seeing them grow and change,” Grawe said. “It was awesome.”

Grawe went onto to pursue a degree in special education and later sought her master’s in early childhood education.

“I didn’t know what I wanted to be,” Grawe said. “ … But (ECDC is) what made me realize I wanted to teach children with disabilities, and then that evolved.”

Fresh out of college, Grawe landed her first teaching job where it all started — ECDC. There wasn’t a public preschool at the time; United Way, a nonprofit, funded the ECDC programs.

Grawe now has 35 years of teaching under her belt. She is currently teaching at the Clark County Preschool.

“I love teaching (my students) to love school, to love reading, to feel confident and successful so that when they go to kindergarten and school, they are ready,” Grawe said.

Over her tenure, Grawe said she had strengthened her teaching, especially teaching through play, projects and more.

However, it can be challenging ensuring she meets all 20 children’s needs throughout the entire day.

“You have to be sure they’re all fed, all clean, to be able to learn,” Grawe said. “ … We want to make sure everyone is well taken care of at all times.”

Grawe said she remembers her first day in the classroom. The students didn’t know her name, so she introduced herself as any teacher would.

“By the third or fourth day of school, you hear your name probably a thousand times a day,” Grawe said.

And if students happen to remember anything from their time in Grawe’s classroom, she said she hopes they remember the fun times they’ve had and what they learned from it.

Grawe said she also learns from her students.

“I learn as much from them as they do from me,” Grawe said.

The preschoolers and the staff are also learning sign language this year.

“It’s amazing how quickly [the students] are doing it,” Grawe said.

Grawe said she’s interested in learning the long-term benefits it will have for her students, as she already sees short-term gains in the classroom because sign language challenges both sides of the brain.

Grawe said she also has a collection of children’s books. She would even be a volunteer librarian if she could.

“I love children’s books more than anything in the world,” she said.

Grawe said she owes some of her success to the director of ECDC while she worked there as well as the many teaching assistants and partners she has had over the years.

“I have learned more from them than I could have ever learned in school,” she said.

Grawe said she is proud to be a teacher at Clark County Preschool. She advises aspiring preschool teachers to go for it if they love working with children.

“It’s very joyful every day,” Grawe said. “There’s so much fun in it, but if you want to make a lot of money and go home at the end of the day and forget about work, then it’s not the job you should do.”

As for her students, Grawe said she hopes they never stop learning and to find what brings them joy and do that with their life just as she has.

“A job isn’t worth doing every day if you didn’t love it,” Grawe said.