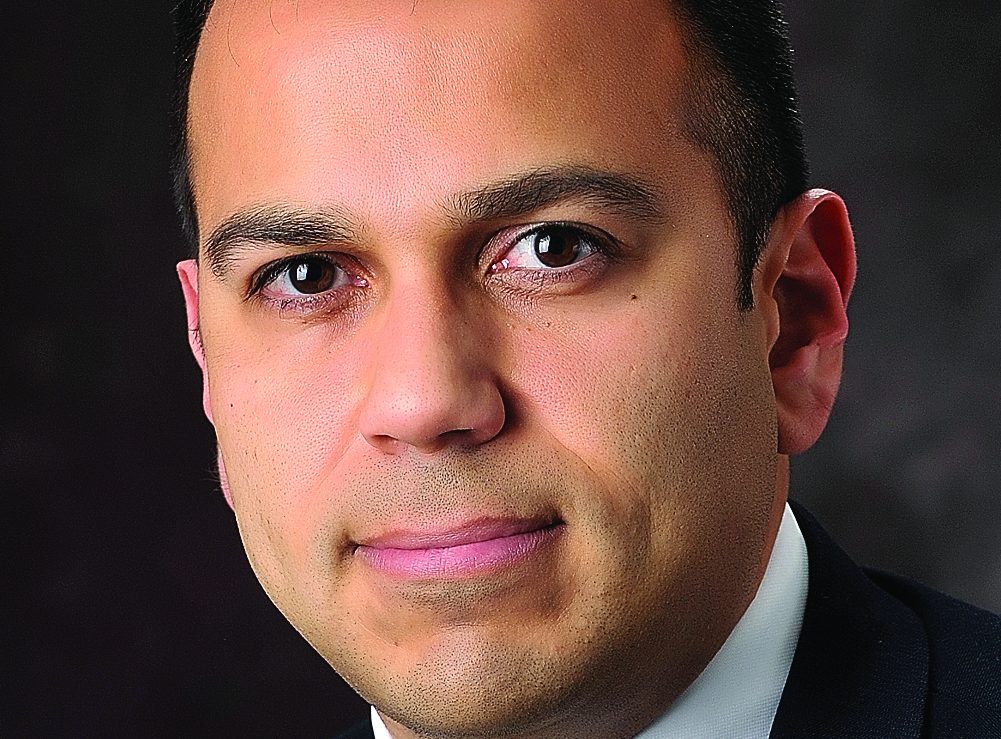 State Sen. Ralph Alvarado said he has never written legislation specifically to help doctors or nursing homes, though he is the medical director at several in the region.

Alvarado, who is running for re-election in the 28th District, spoke with The Sun following an article published by the Lexington Herald-Leader in September claiming he wrote bills specifically to help low-rated nursing homes.

The article titled, “He writes laws that help Kentucky’s low-rated nursing homes. He also works for them,” states that Alvarado “is a doctor who works at nearly a half-dozen substandard nursing homes while he fights in Frankfort to protect the nursing home industry from personal injury and wrongful death lawsuits.”

The article can be read in full at kentucky.com/news/local/watchdog/article217593015.html.

“Alvarado has skin in the game,” the article alleges, because he is employed as a medical director at multiple “Central Kentucky nursing homes whose quality was rated this year as “below average” or “much below average” by the U.S. Centers of Medicare and Medicaid Services based on annual inspections. They are Mayfair Manor, Cambridge Place and Providence Pine Meadows in Lexington, Fountain Circle Care and Rehabilitation Center in Winchester and Diversicare of Nicholasville.”

The Sun ran the Herald-Leader article earlier this month and offered Alvarado the opportunity to respond to the claims.

According to Alvarado, he was hired at medical director to the majority of those nursing homes about a year ago. He said the information in the article is misleading because he cannot be held responsible for quality ratings prior to his leadership at the facilities.

“There’s six nursing homes I go to,” Alvarado said. “Four of them I was hired in the last 15 months to improve their scores.”

Alvarado said he has never written legislation or bills specifically to benefit nursing homes as the article alleges.

Last year, he wrote and sponsored one bill, which became law, to establish medical review panels for malpractice civil suits. Alvarado said previously it was designed to curb frivolous lawsuits.

The law was challenged in court last year and may go before the Kentucky Supreme Court.

“That’s the only bill I can think of, but it was not specifically for nursing homes,” he said. “All my bills have been for overall health care and patient advocacy. I haven’t filed anything specifically to improve nursing homes.”

Most of the nursing homes where he works hired him to improve inspection scores.

“What I can influence is quality measures,” he said, including wound care and lowering the number of falls, as well as patient care including the amount of medication used on patients.

Quality is only one area where nursing homes are scored; the others are health inspections and staffing, he said.

“I was hired by these nursing homes to improve their quality scores and they are,” he said. “It takes a while for a culture change.”

It also takes up to three years for poor inspections and scores to cycle off a nursing home’s report, he said. In some of those nursing homes, Alvarado said he is the only doctor and can affect change more quickly. In others, there are several and change is a slower process.

“My facilities are good in their ratings,” he said. “I’d love to go to a winning program in one year. I got hired to fix them.”