Mayfield: Alvarado does not thrive in ‘swamp,’ is dedicated physician, public servant 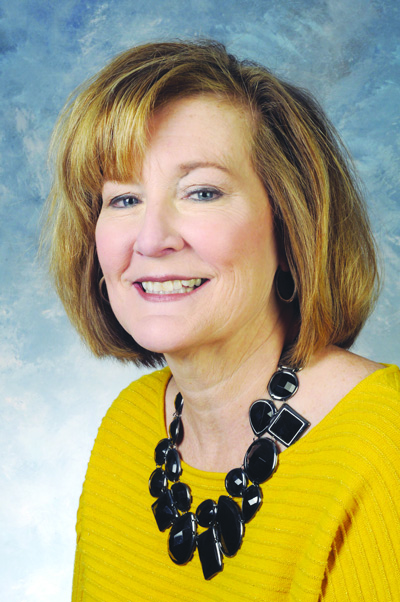 One of my favorite one-liners has always been “paper will just lie there and allow you to write anything on it.”

That is clearly the case in the commentary by Brian Foudray, unleashing another attack against Sen. Ralph Alvarado over fundraising and legislation he filed.

As state representative, I want to assist the readers and explain Foudray’s incorrect assumptions.

Foudray goes into great detail concerning donations to Alvarado as if he has discovered a vast conspiracy of some sort.

I challenge him to review contribution reports of all Kentucky officials and he will see contributions from many organizations that support the business environment where they operate.

These donations are unsolicited, and come with no promises of any kind. His assumptions may be fascinating to read, but are nothing more than that.

What Foudray does not tell you is 80 percent of Alvarado’s contributions are from private citizens who support his ideas and beliefs.

He implies since Alvarado is the medical director of nursing homes, the bills must benefit him.

The truth is he became medical director in June 2017, and has supported these issues since he was elected four years ago (and years before that.)

SB 4 (Medical Review Panels) is not written to help nursing homes, but to help patients who have been wronged. The law simply attempts to reduce the number of clearly frivolous lawsuits that clog the courts and delay legitimate lawsuits from moving. It permits quicker settlements to patients.

SB 20 is similar to Delaware law regarding the affidavits of merit concept and was recommended by a trial attorney in our Legislature. It caps lawyer fees so patients can keep more of their awards. It does nothing to protect nursing homes.

SB 2 gives the General Assembly authority to set caps on non-economic damages and is already law in 24 other states.

In addition to these bills, Alvarado also filed bills that were supported by patient advocacy groups. One protects patients from “surprise” bills, and another expedites prior authorizations for medical procedures and medications. He also filed a bill to improve transparency, allowing patients to easily shop for their own health care.

I have watched Alvarado the past four years in Frankfort, and was impressed with his working “across the aisle” with other members on legislation that will benefit all.

He files quality legislation that has been needed for years. I have seen him let others “get the credit” for bills he worked. Other legislators comment that they are amazed at how knowledgeable, motivated and driven he is.

He focuses on making healthcare better, more efficient and more accessible. He not only knows patient care issues, but also intricacies of insurance systems, issues of hospitals, the Medicaid needs of our citizens and challenges of the medical world itself.

There is no issue greater to Alvarado than the responsibility of caring for patients, whether at their bedside or in the Senate chamber.

I have personally seen him attending to people in the corridors of the Capitol.

He is a caring, compassionate physician and a Godly man who truly serves others.

Kentucky is lucky to have him serve in our Legislature and to benefit from his vast knowledge of health care and his passion for patients.

To say that Alvarado does not advocate for the well being of patients is simply foolishness, and Foudray’s article is nothing more than a partisan hit piece.

I would encourage readers to not be so willing to fall for the nasty rhetoric and disgusting displays that seem all too normal in today’s political climate.

I believe it is taking a terrible toll on society and in our hearts as well.

And as to Foudray’s calling the Kentucky Legislature “the swamp where the wealthy reign,” I suggest it should be changed as to Alvarado to “where the truly dedicated serve.”

Rep. Donna Mayfield (R-Winchester) represents the 73rd district, which includes Clark and Madison counties. She can be reached at Donna.Mayfield@lrc.ky.gov.