Runners to participate in state for fifth straight year 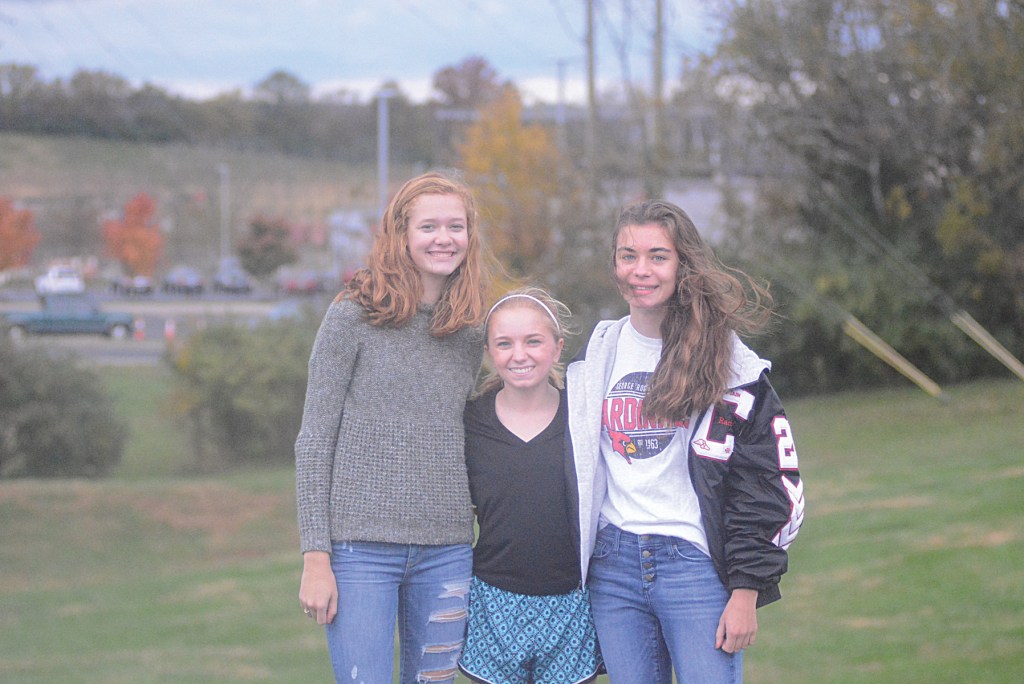 Three GRC upperclassmen have been preparing all week to compete in the state meet this weekend for their fifth consecutive season.

Senior Julia Graves and juniors Rachel Puckett and Emma Taylor have all been running since middle school.

Graves said she has continued to run because of the feeling it makes her have.

“I just feel good while doing it,” she said. “It is like overcoming something difficult in your life and it is the same with running. When you are going through something difficult then it feels so much better to not go through it anymore. It is hard while you are running but you feel better when you finish.”

“It gives me a way to get away from everything else,” she said. “It is a good distraction and helps me think through whatever I am doing. I also like the competitive side to it. I like racing and seeing how good I can do to better myself.”

Taylor said soccer was her main priority until she decided to give cross country a chance.

“I tried out for the team in sixth grade,” she said. “I fell in love with it after that. I kept running and running and soccer just kind of fell on the back burner and running became my priority.”

Graves said her and the other members of the team have been hungry for success, which has led them to being able to participate in state the last couple of years.

“We have all just really wanted it,” she said. “We made it to state my first year, but we were really young. I was in eighth grade and they were in seventh. I do not think we cared as much back then. Now we really want it and we really devoted our running to God.”

Puckett said her teammates will need to believe in one another if they want a chance to be contenders at state.

“It is going to be difficult, but we all need to depend on each other,” she said. “We have to know that we cannot give up and we all have to stick together.”

Taylor said the mental aspect will need to be a hidden key to their success this weekend.

“We have to have a positive mindset,” she said. “Sometimes we think state is so big that we will not do that well. We have to realize that we do have a chance and have to keep pushing when it gets tough.”