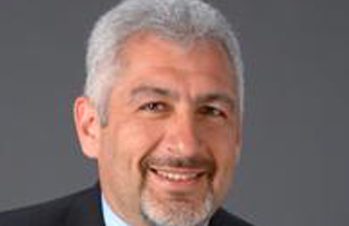 Clark County will have a new judge-executive and a new county attorney when the new year begins.

Three-term Clark County Attorney Brian Thomas was also defeated by challenger William Elkins, 8,157 to 6,323. Four years ago, Thomas defeated Elkins in the Democratic primary for county attorney. This time, Elkins ran as a Republican. Neither could be contacted at press time.

Both Branham and Thomas were seeking a fourth consecutive term in their respective offices. Pace is a political newcomer.

“It’s disappointing,” Branham said. “You run these races and you know there’s a risk of not being successful.”

Branham said he and Pace scheduled a meeting for Wednesday, well in advance of the election and regardless of who won. Branham said he had invited Pace to begin looking over the county’s operations and information.

“The most important thing now … is Clark County and its success,” Branham said. “I will lend assistance to him in any way he wants to make a smooth transition.”

Other than making up some time with his family, Pace said he plans to work on making a good transition.

“As it relates to the job, I think we have a good crew of magistrates elected,” he said. “I think a lot of people would be surprised how good of a relationship I have with Judge Branham. Our families have known each other forever. I wish him nothing but the best personally.”

The changes leave Blanton as the lone Democrat on the fiscal court.

“It feels good,” Thompson said. “I’m surprised it wasn’t closer. I’m looking forward to getting into the thick of it.”

“I am humbled by the support I got in our district,” Davis said. “It looks like I won all three precincts.”

Davis, who previously worked as an assistant county attorney in Thomas’ office, said the next two months will be busy as he prepares to begin as magistrate.

“I’m really looking forward to it,” Davis said. “I think we’re moving the county in the right direction with tonight’s result.”

“It feels wonderful,” Doyle said Tuesday night. “I’m glad to have the people supporting us and recognizing the hard work my staff and I have put into (the jail).” We’re going to continue to work to make it better. Our goal is to make this place self-sufficient.”