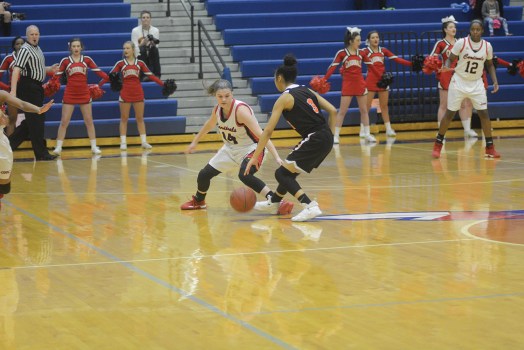 Kennedy Igo (14) attempts to steal the ball against Paris in the 40th District tournament last season. (Photo by Micah Satterly) 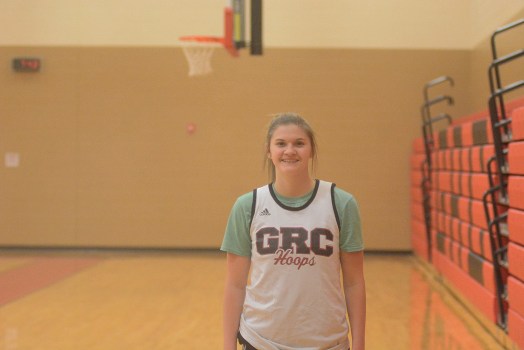 Junior Kennedy Igo plans to be the floor general to help lead GRC to another successful season. (Photo by Micah Satterly)

Kennedy Igo is entering her junior year, but already has the experience of a senior.

She has been starting varsity since she freshman and the point guard was a major impact player last season as a sophomore.

She played as the floor general to help carry the team to a Final Four appearance last season and an Elite Eighth showing her freshman year.

Igo picked up the sport of basketball when she was in the fourth grade.

Softball also sparked her interest, but decided to put the glove down in sixth grade when she decided it was not played at a fast enough pace.

Igo said she has always been hungry for the competition basketball brings.

“I love playing against tough opponents and players,” she said. “I love the competition. It is really fast and I love the people that coach me and who I play with.”

Igo said her role models in her family has always motivated her to keep playing and give it her all.

“My dad and papaw were brought up around basketball and sports,” she said. “They always taught me to be humble and work for everything at all times.”

Igo said her relationship with the team and coaching staff is what has led them to region titles and state tournament appearances.

“We are all very close,” she said. “Everyone is very athletic and we buy in to what coach Graham teaches us. We push each other everyday to get better in practice and it shows on the court.”

Taking even the most basic elements of the game serious what Igo believes will help them continue to see success if they work towards it.

“We have to work hard,” she said. “We need to push the ball and stay in shape. All the simple stuff will be the most important factors.”

Igo wants to improve her leadership as she transitions into an upperclassman for her team.

“I have to push myself,” she said. “I want to set an example for the younger ones. Hopefully they watch how I practice and it rubs off on them.”

Igo plans to take her talents to the college level.