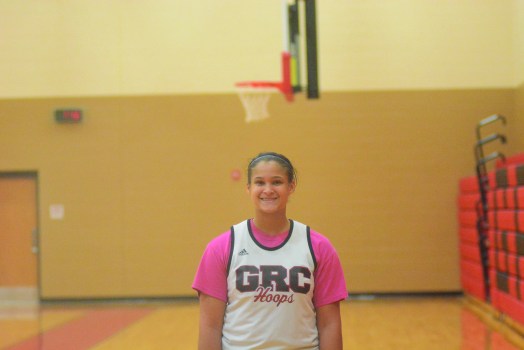 Jasmine Flowers will play at the Univeristy of the Cumberlands next season. (Photo by Micah Satterly) 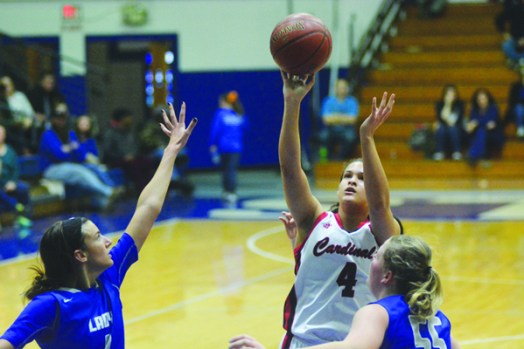 Jasmine Flowers (4) pulls up for a jumper against Nicholas County in the 10th Region Tournament at Mason Coutny last season. (Photo by Micah Satterly)

She began seeing varsity minutes in sixth grade and earned a starting spot in seventh grade.

Flowers also played soccer, but since she struggles with dyslexia, she said basketball helped her through it.

“It definitely lowered my confidence,” she said. “I really struggled with reading. Basketball showed me there are other ways to succeed if I push through.”

Flowers hit a three-pointer last season in the Elite Eight against Elizabethtown to send the game into overtime and helped GRC come out with a seven-point victory.

Flowers said her team has been able to be successful over the years because they all have their minds on the same goal.

“We all want to succeed,” she said. “We all know that if we work hard then we know we can do it. We all have to be on the same page and we have been doing that.”

Flowers said she will use her energy this season to help pick up her team.

“Intensity will be a key factor this year,” she said. “I want to be able to motivate the younger players so they know what it takes.”

Flowers will continue her basketball career at the University of the Cumberlands next season.

Head coach Robbie Graham believes Flowers could be an elite defender at the college level.

She wants to focus on finishing her high school career out strong.

“I am focused on helping my team win first,” she said. “Obviously if I keep working hard and use this season to help transition my game then I will be where I need to be when I get to the college level. Every practice and every day counts if we want to get to where we were last year and possibly make a deeper run. I know we all want that to happen and we have what it takes.”