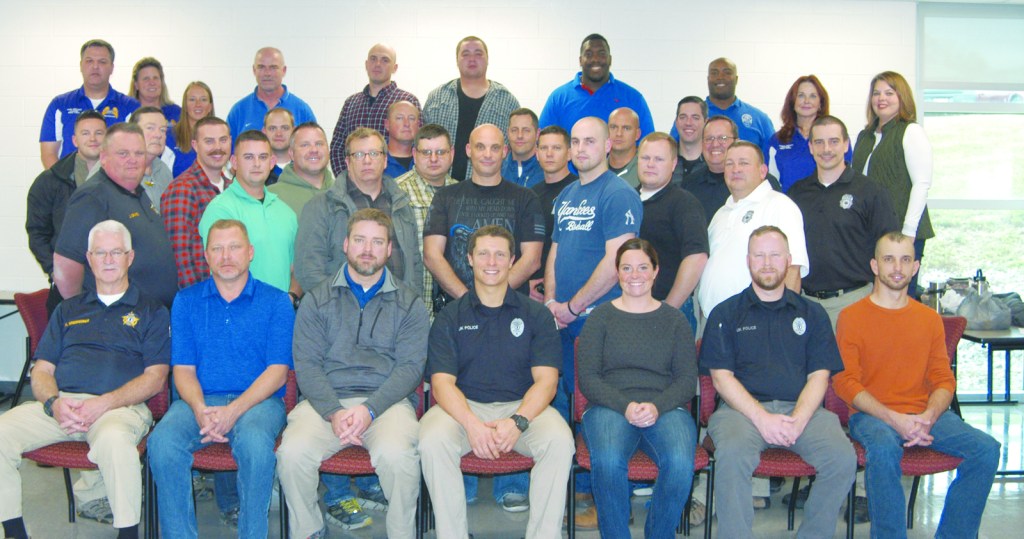 Thirty-two law enforcement officers from around the region met in Winchester for a week-long training session this week about ways to handle incidents and calls involving persons with mental illnesses. The class was at Bluegrass Community and Technical College. (Photo submitted)

Nearly three dozen law enforcement officers from throughout the region spent this week getting trained in Winchester how to work with situations involving people with mental illnesses.

Harrington said this was the first time the training was offered in Winchester and it attracted officers from a number of agencies including the Clark County Sheriff’s Office and departments in Lexington, Berea, Richmond, Georgetown, Boyle County, Stanton and the University of Kentucky.

“We’ve had officers that have gone elsewhere to take the training,” Harrington said.

The CIT program started in Memphis, Tennessee, in 1988 and has led to similar programs in 2,800 communities in 45 states, according to NAMI information.