Canada hoping to be remembered as a leader 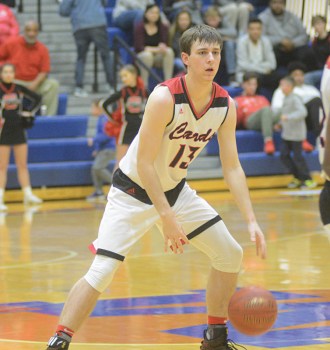 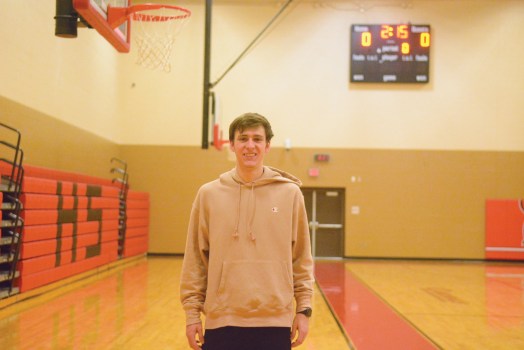 Brennan Canada is entering his senior season and hopes to be remembered as a humble leader. (Photo by Micah Satterly)

Brennan Canada stands tall as a 6’5” forward who can post up down low as well as step out and shoot the three.

His dynamic athletic ability will allow George Rogers Clark to run a variety of set plays on offense and stretch the floor on defense.

Canada is another member of the Cardinals’ basketball team that has interest from colleges to continue his basketball career, but is focused on his senior season before making a decision.

Canada has been on the basketball court since he was four.

He also played baseball and football but quit football in seventh grade and baseball just before entering high school to focus on basketball.

“I have a strong love for the game,” he said. “It is the only sport that I have always wanted to play. I can be with my friends while playing and a lot of experience comes with it.”

Canada says his intelligence on the court is his strongest trait.

“My IQ is really on the floor,” he said. “I know what is going on at all times and I am able to help everybody out. I want to work on being more vocal and leading my teammates.”

Canada said basketball has taught him the art of working as a team.

“You have to have a strong mentality to get things done and work together,” he said. “It has taught me leadership and it has shown the kind of work you put in will be the kind of result you will get.”

Canada said he always eats a certain meal on game days because he thinks it helps him perform better.

“I always make a peanut butter and jelly sandwich,” he said. “I always listen to music, too.”

Canada wears no. 13 on his jersey but admits that was not his first pick.

Canada hopes the fan base of GRC will be able to say he was a modest player.

“Hopefully people will say I was humble,” he said. “I want them to say how good of a teammate I was and how much I cared about the game and my teammates.”