Every day is something new for firefighter 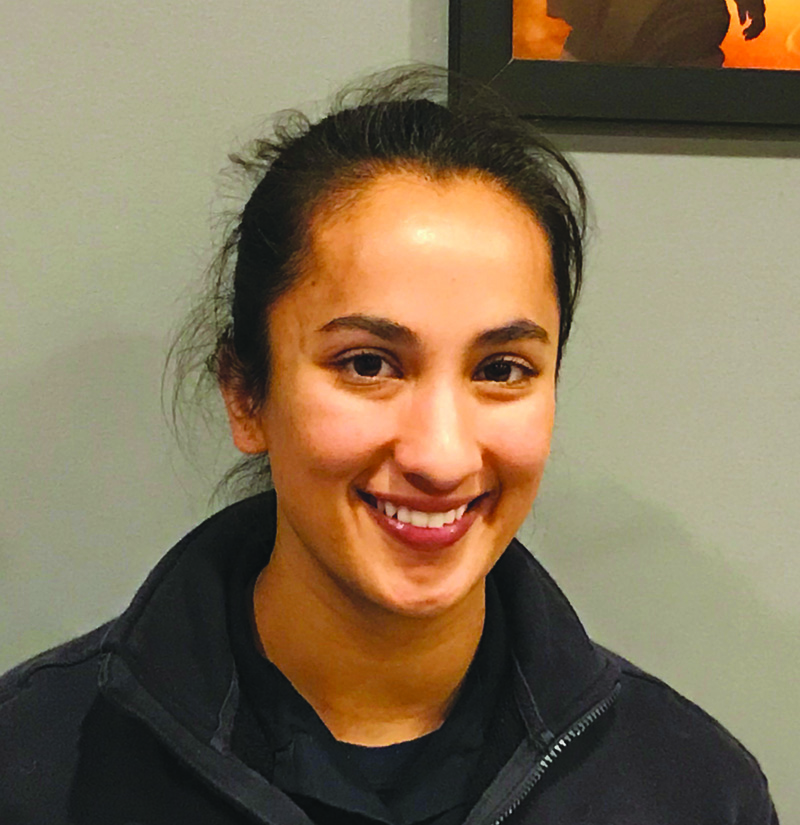 Asha Nanda is a new firefighter and EMT with Winchester Fire-EMS. (Photo by Fred Petke)

Firefighters have to be ready for everything. And they never know what the next call will bring.

For Asha Nanda, a new firefighter-EMT at Winchester Fire-EMS, that’s one of the greatest things about being a firefighter.

Originally from India, she moved to Kentucky from Wisconsin about three years ago.

“I moved to Kentucky for Berea College,” she said. “I graduated with a public health degree and i started a year later here.”

Emergency services is something new within her family, she said. The first seeds of interest were planted while she was still in high school.

When she started at Berea, her studies became primary, but she still volunteered as a firefighter, gaining experience. In May, she was hired by Winchester Fire-EMS and graduated from the department’s academy in September.

After a couple months of working 24 hours and 48 hours off, Nanda said interrupted sleep is part of the job. In between runs, there’s plenty of skills and new techniques to learn and improve.

“The unexpected and not knowing what to prepare for is exciting to me,” she said. “It’s a team. You’re only as good as your partner. There’s an accountability (with the other firefighters). I love that you can train every day. I’ll never get bored. If you master one area, you can move on to the next.”

Being in Kentucky has its own advantages, she said, compared to other places she has lived, including the Red River Gorge.

“Kentucky’s (weather is) up and down, but at least it’s warm part of the time,” she said. “Wisconsin’s pretty consistently cold.