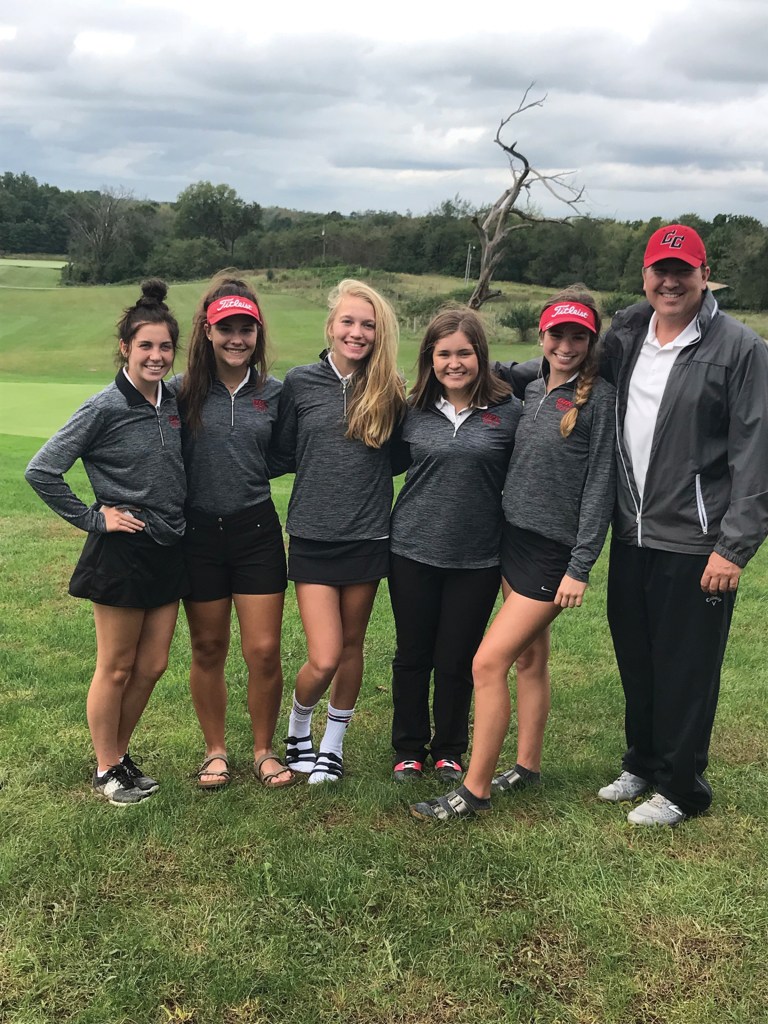 George Rogers Clark’s girls golf team headed to state for the second straight year and finished 13th out of 27 teams.

GRC missed out on being in the top 11 by only a few shots.

“We had a wonderful season,” he said. “Three victories, three second place finishes and another trip to the state tournament. It was a good year.”

Molly Franklin and Hannah Curreri were named to the All-Region Team and Scott Franklin was named the 8th Region Coach of the Year.

“It is really humbling,” he said. “I should not receive any credit because of how hard the girls work. They are the ones out there shooting shots and making the scores. It is nice to be recognized for something just as a facilitator to what those young ladies are doing every day. It speaks on how good of a season Molly and Hannah as well as the team.

Scott Franklin said missing the cut in state by just a few strokes will hopefully give his team something to build on as they prepare for next season.

“For me, I always try to look on the bright side of things,” he said. “We can always have things we can work on and improve with myself included. I am very hopeful that this will carry over into the spring when we start practice and playing in the summer. It makes them hungry to make the cut in the second day of the state tournament. It fuels us to get better. We talk about things about moving forward into next spring and maybe be able to make up those shots we fell short on to get to the second day next year.”