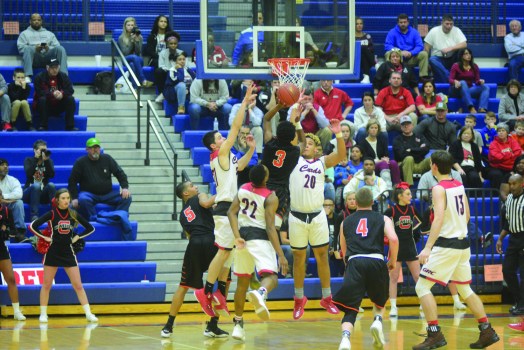 Jehdon Jenkins (20) goes up to block a shot against Paris last season in the 40th District tournament. (Photo by Micah Satterly) 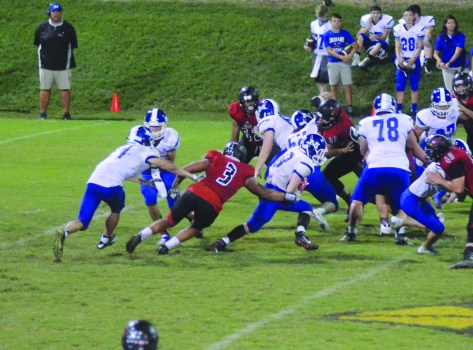 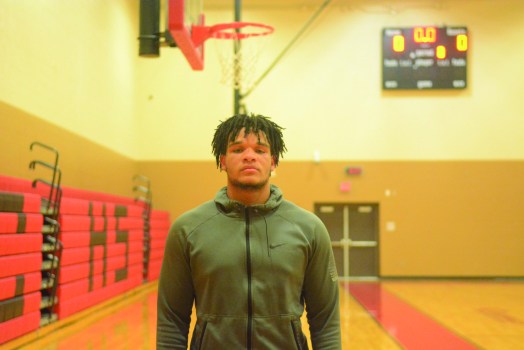 Jehdon Jenkins is back on the court after football season ended two weeks ago and has big aspirations to finish his athletic career at GRC strong. (Photo by Micah Satterly)

Football season ended less than two weeks and senior Jehdon Jenkins is already back on the court.

Basketball season has arrived and Jenkins is ready to lace up the shoes and prepare for his last go-around as an athlete at GRC.

He did not join a team until eighth grade but caught on to the game quick and found a passion for it.

Jenkins said the transition from one sport to another is therapeutic in a way.

“It has always helped get my mind off what happened to end each of our seasons,” he said. “It helps get me focused on what I am playing now and we are going to try and win state.”

Jenkins said there is a significant gap between preparing for football in the offseason compared to preparing for basketball season.

“Getting in basketball shape is definitely a lot harder,” he said. “This year I got better and being in shape for both, though. Football shape is easier to get in to.”

Jenkins said his ability to to play down low is his strength.

“I like to take a 15-footer,” he said. “Catching it on the block and do a little move or hook shot are what I am best at doing.”

Jenkins admits he still has plenty of work to do.

“I could work on my jump shot a little more,” he said. “My post moves could always use some work, but I like where I am at right now. I want to get those things perfected.”

Jenkins said practicing in the heat and cold for football, games and traveling long distances for both sports has prepared him to take on anything thrown at him in life.

“I know how to fight through adversity,” he said. “You have to go out there and do what you have to do no matter what happens. No matter the weather or other circumstances.”

Jenkins said he has a routine to prepare him for game days.

“I wake up and play the same song every day,” he said. “‘Do Not Disturb’ by Drake is what I play. I have it on repeat until I get done getting ready for school.”

Jenkins said his jersey no. 3 is significant to him in football because of his family.

“My niece died when she was three,” he said. “So it is obviously significant and means a lot to me to wear that number.”

Jenkins hopes the fanbase of GRC and the community will be able to say how much of an impact he made.

“I want them to say I was a great person on and off the field as well as the court,” he said. “I always tried to play to the best of my abilities.”