K.J. Rucker ready to take the stage for junior season 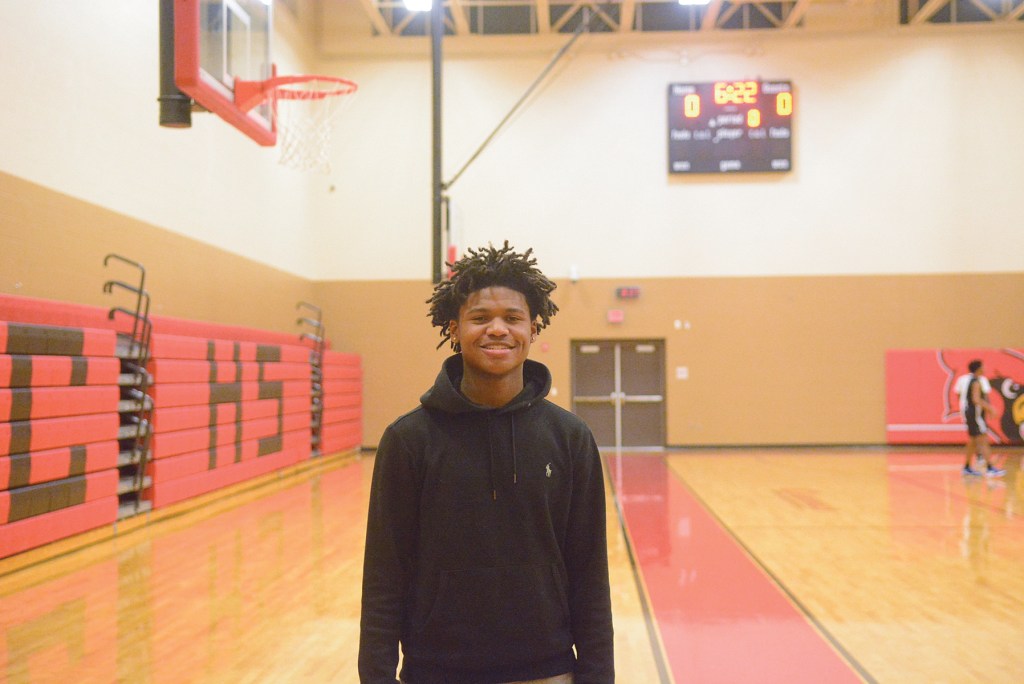 Junior K.J. Rucker said he likes to listen to music and dance on game days to calm his nerves. (Photo by Micah Satterly)

KJ Rucker is looking to get off to a hot start in his junior season.

He has been playing basketball when he was in first grade and has been in love with it ever since.

He played football up until seventh grade, but decided basketball was where his heart and was focused on it instead.

“When I worked on both sports in the offseason I could tell basketball was the one for me,” he said. “It just always came natural for me. It was really the only sport I ever wanted to play.”

Rucker said he feels like he can be an all-around playmaker.

“I feel like I am a good defender,” he said. “I can create my own shots and control the offense. You have to be able to do a little bit of everything to help your team.”

“Sports and basketball can teach you a lot of things,” he said. “You can do a lot of bad things out there. Sports help you keep focus and shows you right from wrong. It is easy to get caught up into doing other things. Everything you do off the court will also eventually come back to bite you.”

Rucker said he loosens up the tension on game days to calm his nerves.

“I have to listen to music,” he said. “I might try to dance a little bit depending on my mood. I do not like to be too uptight because then I will not play. I like stay loose and it helps me get focused.”

Rucker said the no. 4 jersey he reps because it is a number close to what one of his relatives wore.

“I wanted no. 2 because my cousin Preston Knowles wore that number,” he said. “His jersey is retired, though. I just wanted to get a number close to that.”

Knowles was a George Rogers Clark graduate who went on to play basketball at the University of Louisville.

Rucker hopes to be remembered as a good role model.