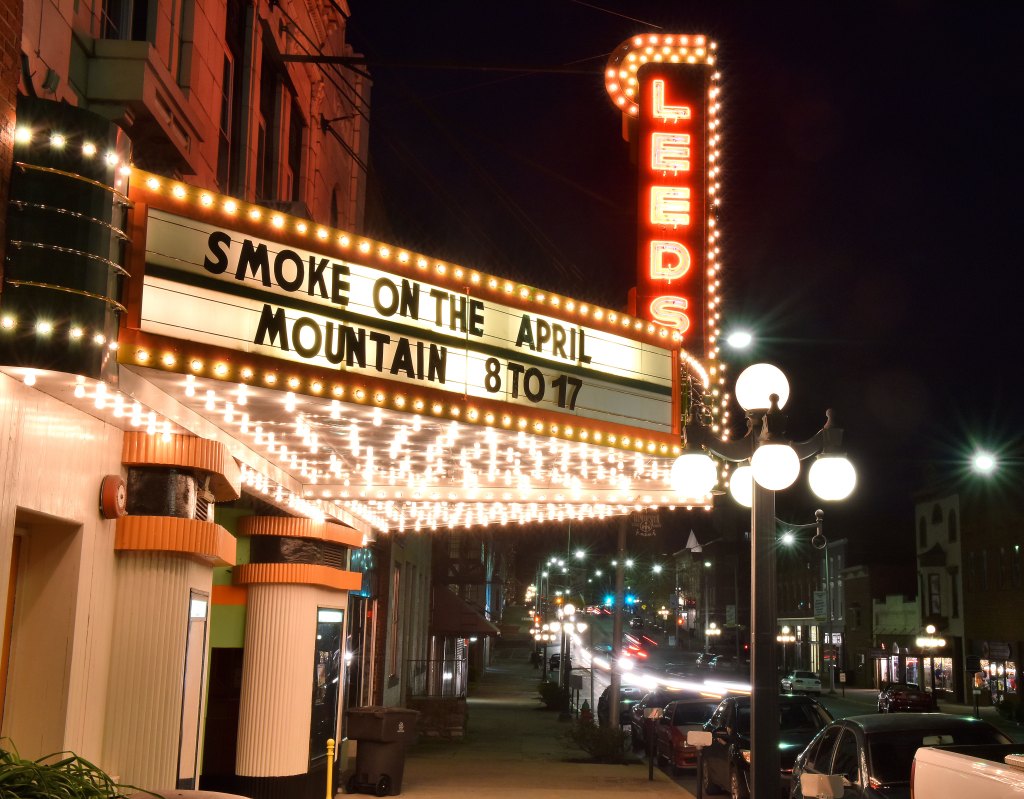 When it comes to escaping, the Mastersons are pros.

The tag-teaming magical twosome, Reed and Ashton Masterson, do it for a living, and they can help others escape, too.

“My favorite thing about magic is it invokes the thought process in the brain so much so that no matter what is going on in that audiences life at that moment — they could be having the worst day in their life — but for about an hour and 30 minutes it’s an escape from reality,” Reed Masterson said.

The Mastersons are performing 21st Century Magic: Live at 7 p.m. Friday, Nov. 30, at Leeds Center for the Arts.

The Leeds performance is part of the Mastersons’ effort over the past 10 years to help “keep the arts alive in small town America,” according to a press release.

It’s not only their goal to raise money for these small historic venues, but to put as many people in the seats as possible to help build awareness of the performing arts in their community.

Proceeds for this fundraising event directly benefit Leeds Center for the Arts. This show will be the Mastersons’ third public show at Leeds.

Reed, 29, and Ashton, 26, are nationally-touring, award-winning illusionists who bring a whole new meaning to the term “magic show,” according to the release.

Reed said he’s been performing professionally for about 14 years but has practically been doing magic all of his life, with the initial spark beginning when he was only 5 years old.

Reed’s uncle wasn’t a magician, but he knew a few tricks. He would take a quarter, rub it into his elbow and make it disappear. Reed, at the time, was fascinated.

He knew there was a trick to it, and worked diligently to figure what his uncle did.

“I started trying to debunk all of his magic tricks,” Reed said.

From then on, Reed began teaching himself all sorts of tricks, long before the internet and YouTube had made it accessible.

Reed went on to do small shows in his living room, and by the time he was 15, he was performing at birthday parties.

At 16, Reed hit the road with another performer and traveled for eight years.

Eventually, he met his other half, Ashton, and they began performing together and worked hard to produce their first show together in October 2008.

Now, the duo performs full time and have traveled to about 46 states and perform nearly 200 shows a year.

The Mastersons have performed for numerous celebrities, have been featured on ABC, FOX, NBC, CBS, The CW and more and recently filmed an A&E TV special in front a studio audience of 1,000, according to the release.

21st Century Magic is what Reed and Ashton like to call a “high energy, high impact, magic and illusion show.”

Reed said one of his most memorable stunts was a straight jacket escape attempt. The straight jacket was attached to a pyrotechnic explosive, and he had set the timer to two minutes.

The explosive set Reed on fire.

“Everything but my right foot was in a ball of flames,” Reed said.

Luckily, Reed wasn’t injured from the flames directly, but he did struggle hard to escape at that moment so much so he gave himself a hernia. He had to stop performing for six weeks.

Next week’s performance is a strategically-combined mix of brain-bending new-age illusions, highly-trained rescue animals, ridiculous stunts, breathtaking escapes, audience participation and “the absolute correct amount of comedic relief,” according to the release.

Limited seating is available for this one-night-only event. Tickets are on sale online and cost $15 for all ages. People can also purchase $50 VIP tickets.

VIP ticket holders get a before the show meet and greet with the illusionists and the animals in the show, a tour of the set, a swag bag full of merchandise worth more than the ticket itself and guaranteed front row seats.

“Really and truly, it’s a fun show, and the cause in of itself is worth the ticket price: to keep live performance alive,” Reed said.