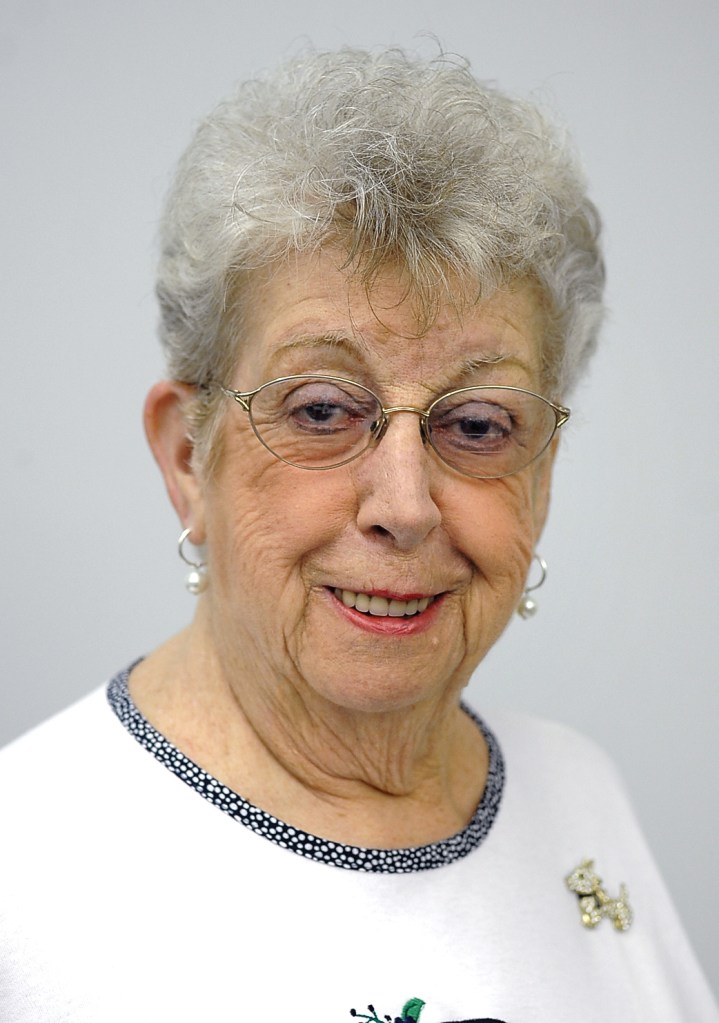 Betty Ratliff Smith worked at The Sun for more than 30 years. She died Monday at the age of 88. (File photo)

For more than three decades, Betty Ratliff Smith was a fixture in the pages of The Winchester Sun.

From her “Betty’s Babblin’s” columns to keeping up with the community news, Smith seemed to know and be known by everyone.

Smith passed away Monday at age 88.

“She knew everyone, but what people will remember is how personable she was,” former Sun editor David Stone said. “She could talk to anyone about anything when they walked through that door.”

Smith’s desk was at the front of the newsroom and she was often the first person people saw when they walked into the second-floor newsroom.

Though she was born in Millersburg, Smith spent most of her life in Winchester. She worked at The Sun for a total of 36 years, from 1957-62 and again from 1982 until her retirement in 2008.

“She was a treasure in that she knew lots of people in the community,” former Sun publisher Betty Berryman said. “She had a manner about her that people wanted to talk to her. Betty never met a stranger in her life. She seemed to treat everyone alike, with respect and interest.”

Her primary responsibilities were overseeing the content and producing the society page, which later became the communities page, Berryman said. Like anyone who works at a small newspaper, she knew how to do everything and often filled in when needed.

“When she interviewed someone, she was interested, and she did her best,” Berryman said. “She really related to people. She always made you feel important. She could get information out of people the rest of us couldn’t.”

“If you had a question about something in the community, you go to Betty,” longtime Sun photographer James Mann said. “She knew who they were and how to get in touch with them.”

Beginning in 1982, Smith wrote her weekly column about days and events from Winchester’s past. After she retired in January 2008, she would often speak to local groups and read some of her columns, Berryman said. The columns, she said, were another way Smith connected with people and the Sun’s readers.

“I only had the pleasure of meeting Ms. Betty a few times but her personality and passion for the newspaper and the community certainly still shined brightly,” Sun Publisher Michael Caldwell said. “I bet I don’t go a week without hearing someone tell me how beloved her column was or how much it meant to them growing up. She left a sterling legacy in print.

“Her commitment and dedication to The Winchester Sun forever make her a part of our family. She will be missed and her family will be in our thoughts and prayers.”

The visitation will be from 5 to 7 p.m. Sunday at Scobee Funeral Home. The funeral service will be at noon Monday, also at the funeral home.

A complete obituary is on page A3.