School psychologists aim to be caring adult for students 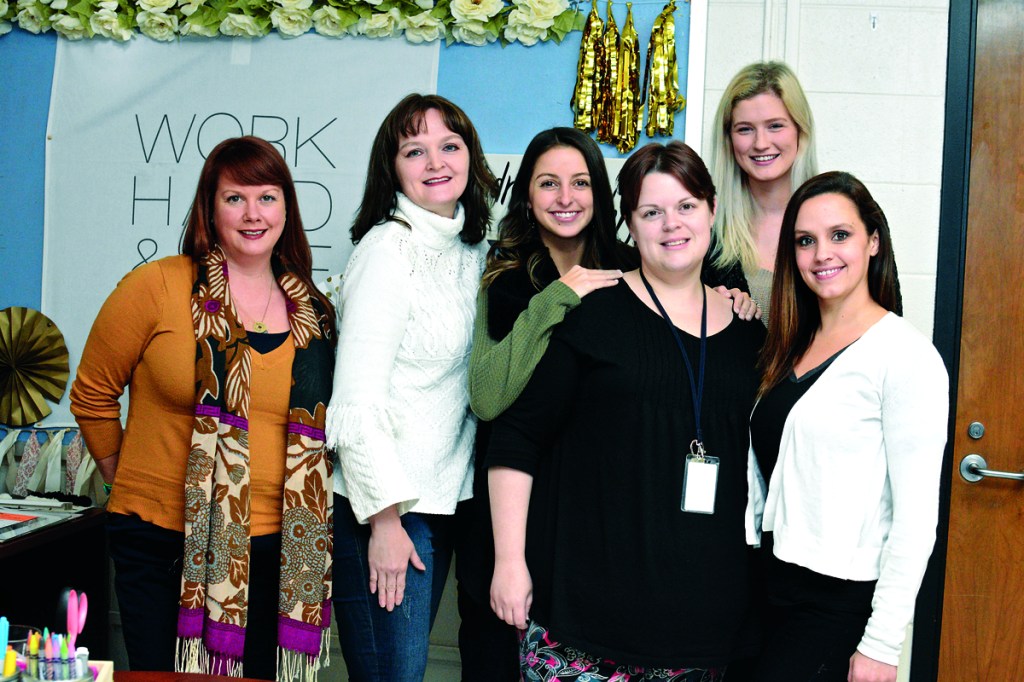 School psychologists may often go unnoticed, but they can be the key to unlocking potential in students, teachers and more.

“Not every student has a whole lot of caring adults in their lives,” Hall said. “And I feel like sometimes in my role, doing some of the threat assessments and the counseling and different things, that sometimes I can offer myself as one more caring individual in this child’s life, which as I said, research has shown that makes a huge difference.”

School Psychology Awareness Week (SPAW) wrapped up last week. The week, Nov. 12–18, intends to highlight the vital work school psychologists and other educators do to help all students thrive.

This year’s theme was “Unlock Potential. Find Your Password.”

A password is a personal key for unlocking any number of areas of potential in people’s lives, according to SPAW’s website. The goal was to connect with how modern youth and adults unlock things — gaming levels, phones, devices, codes — and to highlight how thinking about specific skills, assets or characteristics as “passwords” can lead to positive growth.

School psychologists are particularly skilled at assisting students and staff in unlocking the resources, proactive and preventive skills as well as the positive connections necessary to unlock one’s full potential to thrive in school and life.

Clark County Public Schools (CCPS) currently employ five school psychologists; three are new hires. CCPS school psychologists travel to different schools throughout the day. However, CCPS still isn’t at the recommended ratio, which according to the National Association of School Psychologists is 500-700:1. CCPS’s rate is about 1200:1.

Hall said there is a need for school psychologists everywhere.

“There are a major state and nationwide shortage,” Hall said.

Allison Nelson, a CCPS school psychologist, said she had come from a family of educators, so it felt natural to her to pursue something in the realm of education. She had attended Eastern Kentucky University for her bachelor’s and masters. Though EKU’s school psychology graduate program was on the chopping block due to recent budget cuts, a decision announced by the university earlier this year.

Abby Loudon, who is interning with the CCPS school psychologists, is likely the last practicum student from EKU to train with the district.

Nelson has worked with the Clark County school district since 2011. She said many people aren’t aware school psychologists exist or what they even do.

“The traditional role of what we do is very assessment based,” Nelson said. “Typically about 85 percent of the time on the job is relating to assessing individuals and helping to determine if children are in need of additional service.”

However, over the years, Nelson said she and other school psychologists have been able to break out of the traditional role and broaden the scope of their responsibilities. Nelson is one of the district crisis management trainers.

Hall said one of the biggest things they have added to their job description is threat assessments for students who are at risk to harm themselves or others.

Paige Hale, a new CCPS school psychologist, said they are seeing many students with complex trauma.

“It just seems like the needs just keep getting more and more intense every year,” Hall said.

Nelson said school psychologists take the whole child approach and attempt to pinpoint where they can intervene to help students be successful.

“We want them to be the best version of themselves they can be.”

In recent years, there’s been a push for more counselors, school psychologists and mental health resources. Other districts, such as Jefferson County Public Schools, are looking into grants to hire more school psychologists, according to the Courier-Journal.

“We have to take this whole child approach,” Nelson said. “We can’t just expect kids to come into school buildings and only focus on one aspect of development. As educators, we have to focus on multiple facets of development.”

Hillary Meehan, a new CCPS school psychologist, said the push for more psychologists is, but she is also working to ensure teachers, staff and others know she is present in the schools and others can use her as a resource.

Jill Rogers, a new CCPS school psychologist, said she is just as much of a resource to teachers as she is to students.

The five CCPS school psychologists work hard and work together to meet the needs of everyone in the district, Rogers said.

Nelson said everyone in the field of education is in the business for one thing: to help mold successful futures.

Rogers agreed. She said their job as a school psychologist is necessary to ensure a prosperous future is attainable.

“Education is a fundamental human right,” Rogers said. “ … All humans deserve access to an education.”