Up for the challenge: Winchester musicians participate in songwriting project 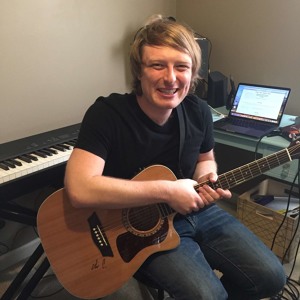 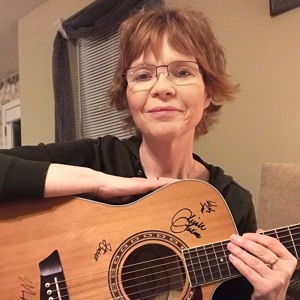 Trish Torline will sing her original song “On My Way.”

One guitar. One week. One song.

That’s the challenge for two Winchester musicians, Trish Torline and Chris Carpenter, as part of The Acoustic Guitar Project.

Five Central Kentucky songwriters will play a concert as part of the global music platform, The Acoustic Guitar Project (TAGP).

“We wanted to give back to the younger generation,” Torline said.

Torline, a band teacher at Campbell Junior High School, is also the curator for the Lexington chapter; she first heard about TAGP when the group followed her on Instagram. Torline then reached out to TAGP via email to see if artists in Kentucky could participate.

TAGP picks various cities to participate in the project each year. New artists from participating cities began their weekly journeys in September.

The Acoustic Guitar Project challenged each artist to write an original song and record it live in one week.

All musicians used the same guitar — a Washburn HF11SCE-O — and the same handheld recorder, according to a news release. Torline said the Kentucky artists nicknamed their guitar Cedar.

None of the musicians were allowed to edit their song on the computer.

When each musician is finished recording, they sign the guitar and pass it onto the next musician. When that guitar reaches five musicians, there is a concert, and each musician plays the song they wrote for the project.

More than 60 cities around the world have participated in the project, and nearly 800 original songs have been written, according to a news release.

At the upcoming concert, the featured songwriters will talk a little about their experience with the project and their song and then play it live.

Torline said her song details the journeys of life.

Torline, a self-described faith-based singer-songwriter whose style is a merging of soft and pop rock, said she’s been playing music practically all of her life, beginning with the piano in elementary school and learning more instruments as she grew older.

Torline said new artists in Central Kentucky will participate in next year’s event.