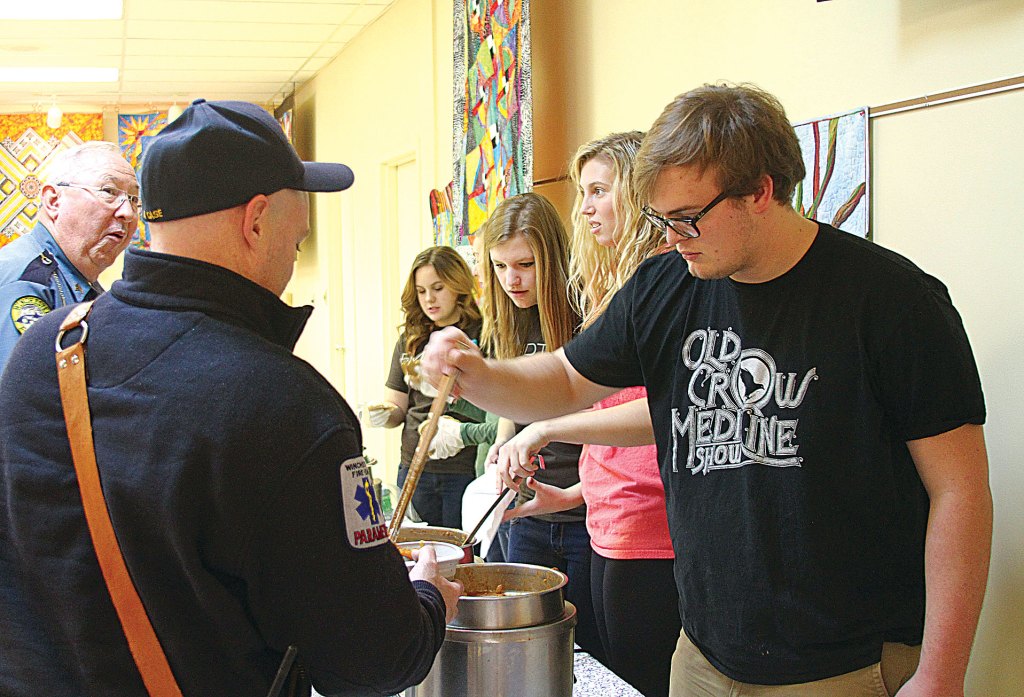 For the past decade, Winchester’s Empty Bowls Project has raised thousands of dollars by offering a simple bowl of soup, homemade bread and a hand-made bowl.

This year, organizer Ruthie Skinner said she hopes to build on last year’s success and feed another 300 or so people.

“Last year was the first time we had sold it out,” she said. “We had 300 bowls last year and we had a few donated back. We’d love to repeat that.”

Empty Bowls is a national program founded in North Carolina which raises funds for local charities.

Local potters make the bowls, which participants can take home at the end of the meal, Skinner said.

The bowl can also be a reminder of those who don’t have food to put in their bowls, she said.

“Think about people whose bowls are always empty,” she said. “Especially around Christmastime, you see so many … extremes of excess and want.”

The event will be from 11 a.m. to 1 p.m. Friday in the basement of First Presbyterian Church, 130 Windridge Drive. Cost is $20, which includes a bowl and a meal of vegetable soup and homemade bread.

The proceeds from the event will be given to Clark County Community Services, as they have every year, Skinner said. Last year’s event raised $5,000 for the organization.

Originally, Eastern Kentucky University ceramics professor Joe Molinaro and his students made the bowls for the Clark County project as well as one in Richmond, but it eventually became too big, Skinner said. Following Molinaro’s retirement, Dirty South Pottery’s Carvel and Ashley Norman have picked up the mantle and produce the bowls for the project, she said.

Local farmer Molly Stotts also makes the bread for the meal, and variety of people make the soup, Skinner said.

“It’s a nice supplemental thing” for Community Services, she said.