Anderson motivated by family to give her best on the court 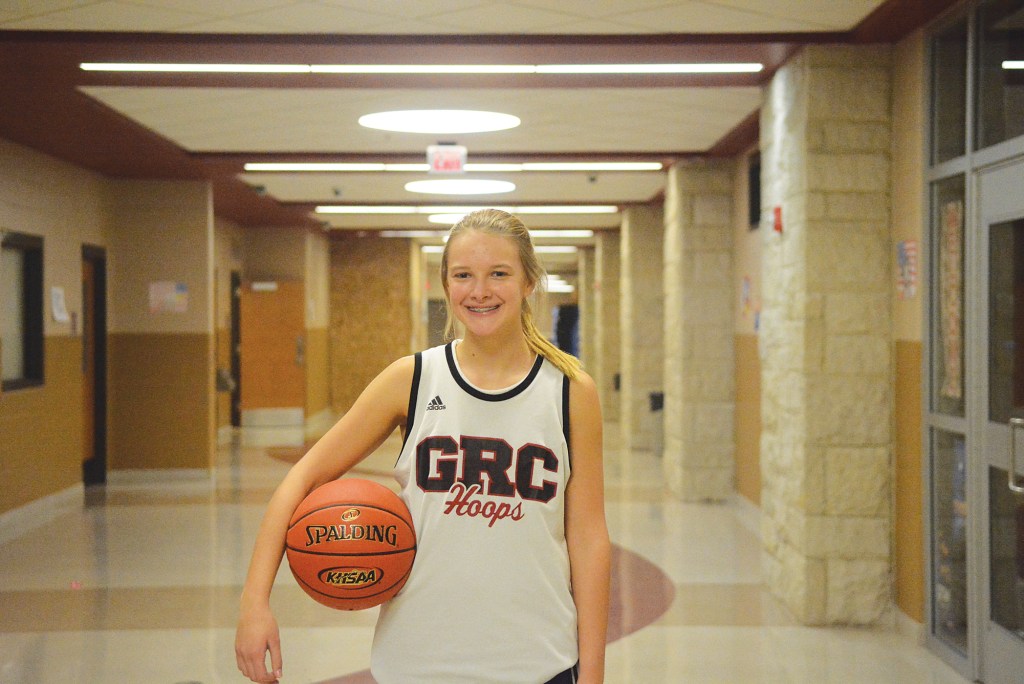 Freshman Cameron Anderson was motivated by her dad and grandfather to play sports growing up. (Photo by Micah Satterly)

Freshman Cameron Anderson is a freshman who has been playing basketball all of her life.

Anderson played softball and basketball most consistently but was also on the swim team, played golf, tennis and volleyball.

Anderson said basketball was the sport she stuck to because it stood out to her the most.

“I had to most fun playing basketball and softball,” she said. “They came the most easily to me. About two years ago I decided to go with basketball because people asked me which sport I liked more and I could not pick. I liked then equally. I played one year of high school softball and decided I did not like it as much anymore. Basketball is where my heart is.”

Anderson said her grandfather has been her biggest influencer.

“Him and my two sisters taught me practically everything I know,” she said. “My dad and him have introduced so much to my game. I have had a lot of things going on injury wise and sometimes my head is not in the game and do not feel as motivated. I have actually thought about quitting, but each time I think about that I just think of my grandad. I know how much he loves the game and enjoys watching me play. Seeing how happy he gets is what motivates me and keeps me going.”

Anderson feels like her defense is her strongest point of her game.

“I have picked up a lot on defense,” she said. “That means I kind of laid back on offense. I have let my shot go a little bit, but I have became a tremendous defensive player in my opinion. I have also got my vertical up a little bit so I am able to block more shots. I can rebound the ball a lot for someone my size.”

Anderson wants to improve on her shooting as she continues her high school career.

“I have a decent shot right now,” she said. “It is hit or miss. Sometimes it is going in and sometimes it is not. If I really improve my shooting I can become a much better player than what I am now. I need more consistency in it.”

Anderson wears the number 11 because of her role model.

“There really is no significant reason behind it,” she said. “I liked the number, but Paige Taylor who played a couple years ago was like a big sister to me and I loved the way she played. I looked up to her and she wore this number. That kind of factors into it.”

Anderson said she likes to focus on getting herself prepared on game days and does not allow any distractions.

“Most people like to sit and talk or do whatever on the bus,” she said. “I have to get my nap in before the game if it is possible, especially after a long day of school. I put headphones in right away on the bus and I do not talk to anybody on my phone. I am just in the zone.”

Anderson said the only goal she has for this season is to win state.

“We have gone to state the past two years and came up short both times,” she said. “We have a tremendous team and I think we can go all the way this year. I want a ring and a state championship.”