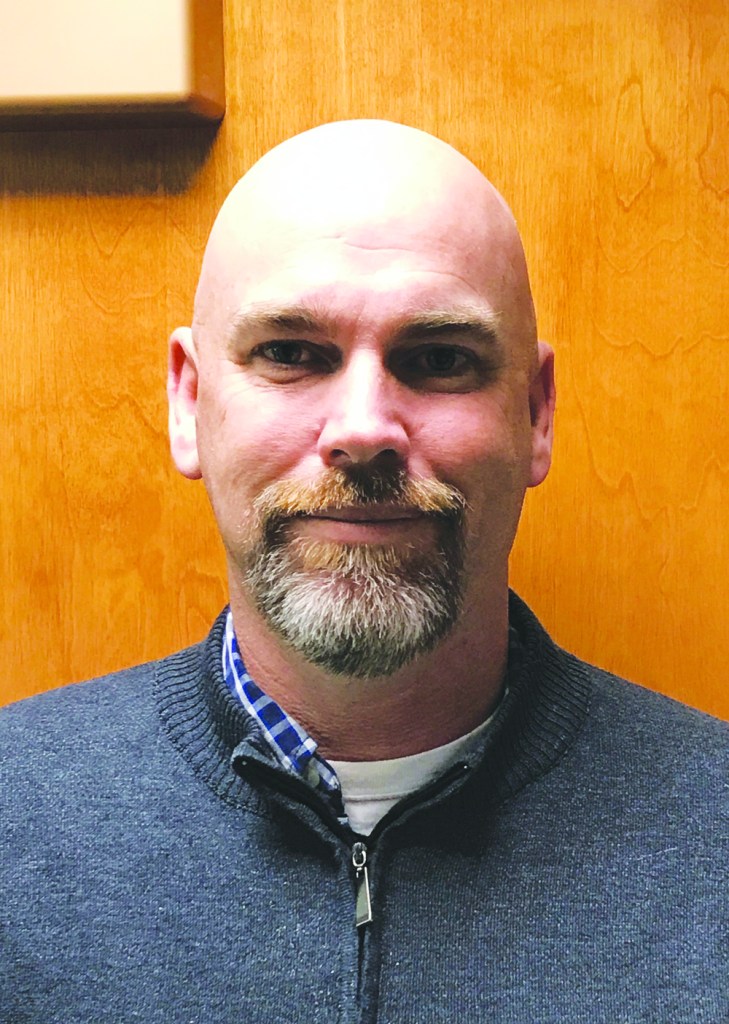 Not everyone convicted of crimes in Clark County’s courtrooms spends their sentences in the county jail.

At any given time, there can be up to 20 people serving their sentences at home with an ankle monitor and a GPS system making sure they stay within the confines of the property.

Clark County created its own program in 2011 and presently employs two officers to supervise, monitor and make required home visits for those in the program.

Of the two, retired Winchester Police officer Tony Kirk joined the program in 2016 as the second officer with Steve Noble. Kirk started his career in law enforcement while working in Memphis, Tennessee, more than two decades ago.

“I was a service manager for GTE in Memphis,” he said. “Our security was run by the Memphis Police Department. One of the majors would sit in my office and tell me I should be a police officer because I had an officer’s mentality.”

“I wanted to come home,” he said. “If I was going to put my life on the line, I wanted to do that in the county.”

Kirk started at the Clark County Sheriff’s Office in 1999  but transitioned to the Winchester Police Department after about two years. He retired from the department and spent a couple years working as a substitute teacher and football coach before joining the home incarceration program in 2016, he said.

HIC, he said, is another tool for district court judges to use in sentencing people while accruing less cost to the county.

“It gives a low-risk offender the opportunity to serve their time at home,” he said. “It’s a cost savings to the county and is seen as a a tool by judges for people to serve their sentences.”

Those on home incarceration pay a $9 daily fee, he said, which he said was about 25 percent of what it costs to house a prisoner in the jail for one day. Lately, those fees have been waived in restitution or child support cases as long as the defendant is making their required payments, he said.

On average, a person will spend about two weeks on the monitor, he said, though it has stretched for months or ended after a couple days.

“We average about 20 people right now,” Kirk said. “We’ve had as many as 40. It depends on how the flow is going in court at the time.

“Sometimes there is a waiting list. The (Clark County) Fiscal Court set a limit at 20 for budgetary reasons.”

The job requires monitoring everyone in the system, though technology will alert Noble and Kirk if a person exceeds the boundary. Some are approved for work release, he said, and that is taken into account. Other violations can lead to more legal issues for the defendant.

“There’s a lot of court time,” he said. “If a judge puts one on (home incarceration), we can put them on immediately.

“We’re another arrow in the quivver of the judge, county attorney and defense attorneys to get (defendants) through the system. We want to do what’s right for the citizens of Clark County and the officers. It’s definitely a balancing act at times.”