Wilson has grown more confident in her defense 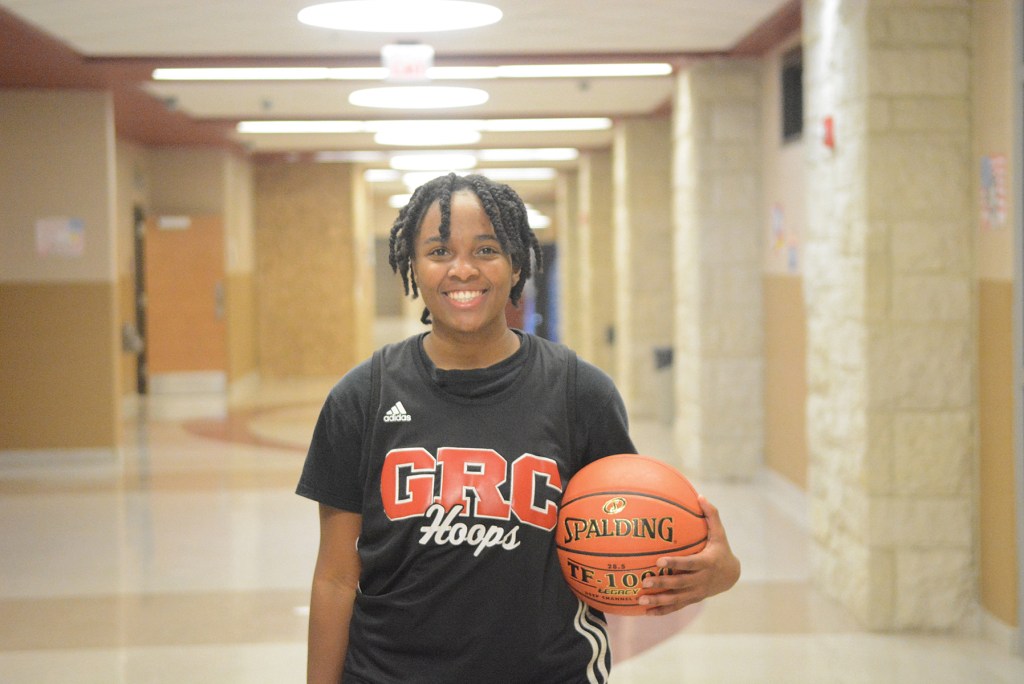 Junior Shelbi Wilson said she has worked hard on defense and believes it is her strongest quality on the basketball court. (Photo by Micah Satterly)

Junior Shelbi Wilson is a junior and has played basketball since she was in seventh grade.

Wilson said she chose basketball because she felt like she is better at it than the other sports.

“It has always been the main one I have been better at,” she said. “I have always liked playing and it is how I have made all my friends.”

Wilson said basketball is her outlet to temporarily step aside from her problems.

“I always wanted to play in college,” she said. “It helps me relieve stress and get through the day. Basketball lets me get away from the stress from school.”

Wilson said she has really improved on defense and believes it is her strongest quality now.

“A few years ago I used to really not like playing defense,” she said. “I am really starting to like it and I can tell I have gotten better. I have gotten a lot better at driving to the basket, too. I am starting to read the defense and understand when I drive whether I need to pass it to an open teammate or score.”

Wilson admits she would like to improve on her assertiveness on the court.

“I would like to be more aggressive,” she said. “I sometimes pass up shots or am hesitant in making decisions. I want to take those opportunities to put the ball in the basket or learn how to be a little more selfish in order to help my team win.”

Wilson said music hypes her to help her get focused and in the zone.

Wilson said she wants to help her team focus on defense and wants to become a defensive leader.