I hope you all had a fun and safe Thanksgiving.

This time of year is always filled with many happenings to keep you on the go during the hectic holiday season.

We are engulfed with parties, endless eating, gift shopping and decorating seems to go on until the New Year.

Film releases are no different.

Every year around this time, studios will begin to flood the theaters with box office blockbuster-hopefuls, leading up to the biggest being released on Christmas day to recoup all lost revenue from earlier cinematic turkeys that bombed through the fiscal year.

If you are brave enough to venture the cold, crowds and traffic, here are your options for this upcoming weekend.

“Bohemian Rhapsody” is still rockin’ and rollin’ on the screen.

“Rhapsody” is the biopic of the career of rock musicians Freddie Mercury and Queen stemming from their formation leading up to their legendary Live Aid concert in 1985.

Thanksgiving and the last week of November are synonymous with “Rocky” films and this year is no different. Still standing tall and strong is “Creed II.”

“Creed II” is the eighth installment to the popular “Rocky” franchise, and finds our hero coaching Adonis Creed, Apollo’s son, against Viktor Drago, son of Ivan Drago from “Rocky IV.”

If you have seen all the other films, this is sure to please and it packs a punch full of action, character development and nostalgia.

Harry Potter fans are sure to be swept away in the fantasy of “Fantastic Beasts: The Crimes of Grindewald.” This second installment follows writer Newt Scamander and his magical adventures following our lead after the first installment saw him within a New York secret society of witches and wizards 70 years before Harry Potter read the infamous book in school.

In the mood for a comedy drama? Mark Wahlberg is coming at you with good vibrations in “Instant Family,” where he and his wife adopt three children and find themselves in over their heads.

Video game lovers and Disney fans should have a blast with “Ralph Breaks the Internet.”

Following the success of “Wreck it Ralph” in 2012, Ralph returns, getting into adventures when he and friends discover a wi-fi router in their arcade.

If nostalgia is your thing, then you can check out Fathom Events re-releases in Lexington this weekend of the 25th anniversary screening of “Sleepless in Seattle” and the 40th anniversary of “Superman” starring Christopher Reeve.

Good luck choosing, and have a film-tastic day. 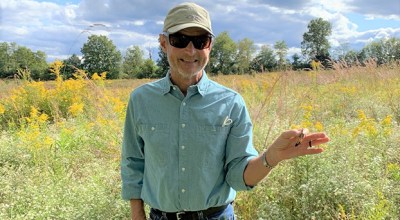 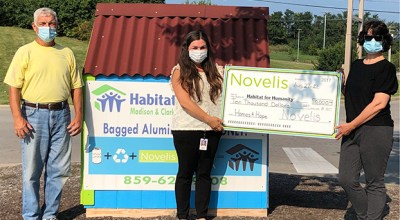