Tyra Flowers plans to be impact player as underclassman 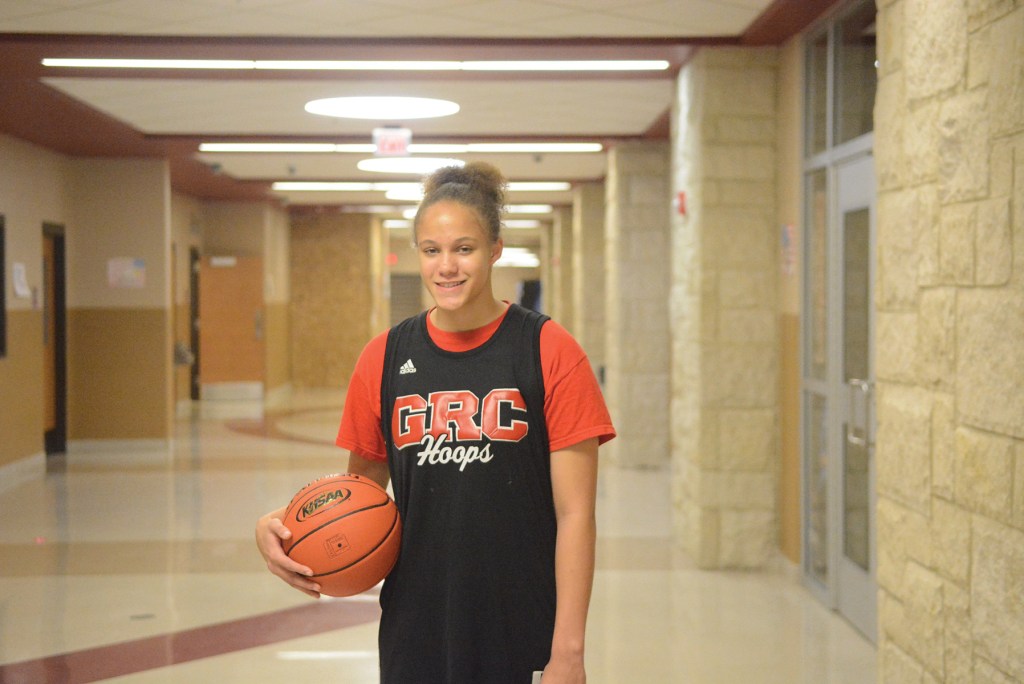 Freshman Tyra Flowers admits she needs to be more vocal on and off the court and plans to have a major role for the George Rogers Clark Cardinals throughout the rest of her high school career. (Photo by Micah Satterly)

Tyra Flowers is only a freshman but has the experience of anyone on the court.

Flowers had a significant amount of playing time as an eighth grader last season and was considered a key player for GRC off the bench.

Flowers said she can already tell how much she has grown on the court since she started to have varsity minutes.

She has been playing basketball since first grade and claims her father had a big influence on her passion for the sport.

“I used to play softball and I tried wrestling,” she said. “I have tried a whole bunch of stuff. Basketball is where my heart is.”

Flowers said she chose basketball because she feels like she is constantly around it.

“I grew up around it,” she said. “I have also watched my sister Jasmine play and now we are playing together. I just wanted to be a part of that and take after her and my dad.”

Flowers said her mom is her biggest supporter.

“She is always there for me no matter what,” she said. “She always checks how my day went and how I am doing. Knowing other people care for you is motivation within itself. It makes me always want to make them proud.”

Flowers feels confident in her rebounding and defensive skills.

“I am good at blocking people out to get rebounds,” she said. “I also feel like I am solid defender. I like to go up against players who are good on offense to see how good of a defender I really am. I use that to push myself.”

Flowers admits she wants to work on her communication skills.

“I do not talk loud enough,” she said. “I am quiet, but I have to learn to talk louder and help my team out. It is hard to play basketball when you do not talk to your teammates. You have to help each other out.”

Flowers wears no. 22 because of her grandmother.

“My grandma has always loved that number for some reason so I decided that is what number I want to be,” she said.

Flowers wants her to team to come together and become closer than ever.

“We need to work as a team on and off the court,” she said. “If we stick together we can do great things.”