Neely sworn in as Clark PVA 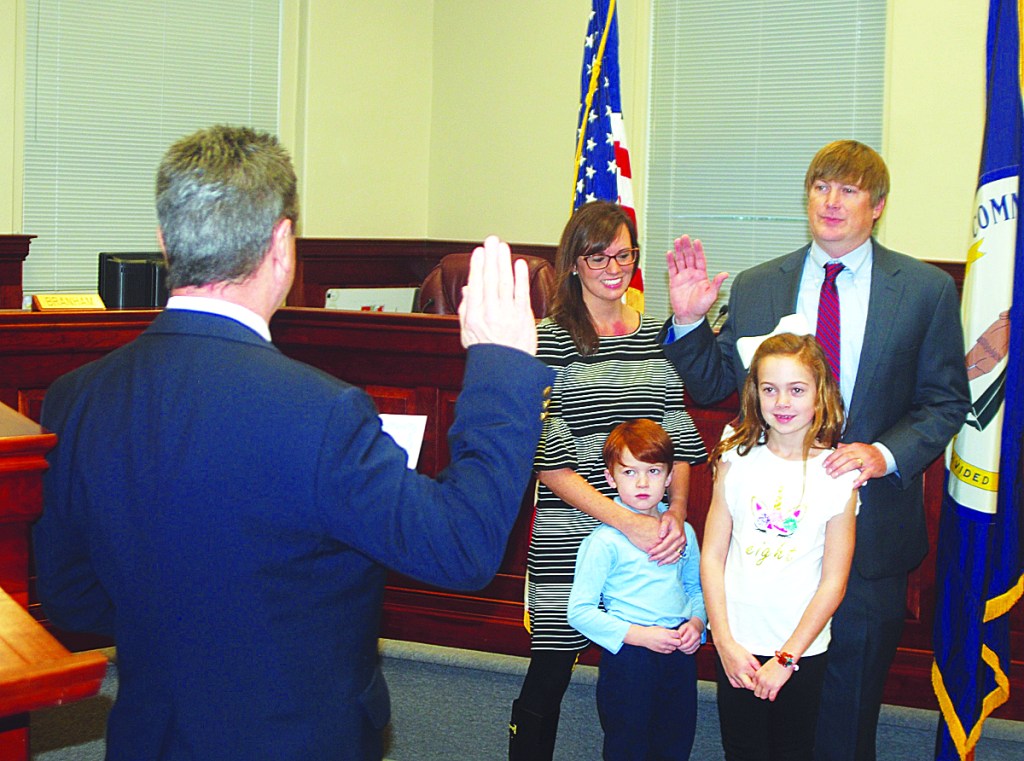 Jason Neely didn’t have aspirations to go into public office.

Monday morning, Neely took the oath of office after running unopposed for the office to succeed Bushart.

“When I went to work in Lexington, (this) was never my plan,” Neely said. “I was in the restaurant business out of college. I was looking for something more regular.”

Nine years ago, Neely was hired at the Fayette County office and discovered he liked the work.

“After a couple years and getting (settled) in there, I got good at the job, valuing property and working with people,” he said.

Neely, a Clark County native and lifelong resident, aside from his four years attending Ole Miss, took the test to run for PVA in 2013 and 2017. Still, he said he had no plans to actually run.

At the beginning of this year, Bushart announced her intention to retire at the end of her current term after 26 years in the office.

“When she told me, I had to make a decision,” he said.

The property valuation administrator in each county is responsible for assessing the value for each property regularly, which is used in the preparation of property tax bills. The staff also keeps up with changes in property ownership and property lines, he said.

Clark County’s office is a much smaller operation than Fayette County’s, he said.

Property taxes can be a touchy issue, but Neely said he likes working with the public.

“Most people are upset because their tax bill goes up,” he said. “Most days, you can explain it and they see why.”