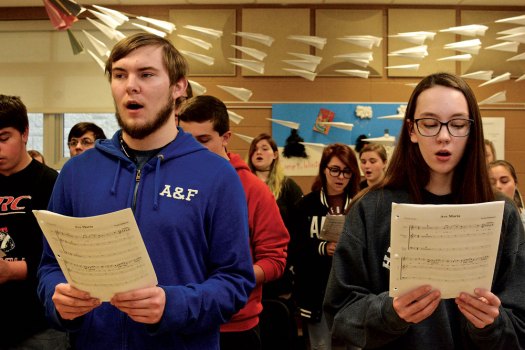 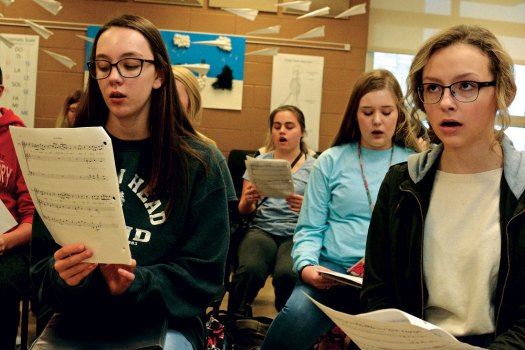 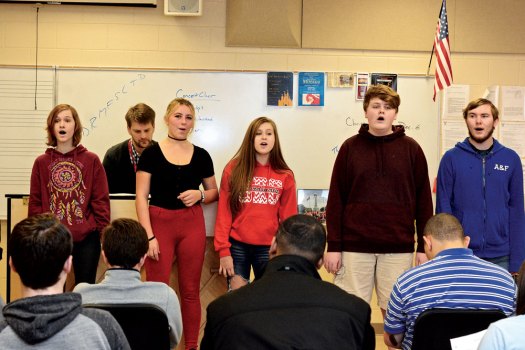 GRC Choral Director Kris Olson said it includes five ensembles: the concert choir, the Cardinal Singers, the jazz ensemble, symphonic band and the orchestra. About 200 students are involved in the concert.

“It’s a collaborative concert,” Olson said. “There are also collaborative pieces, arrangements of Christmas songs that involve band and choir.”

Some of the songs include pop-Christmas hits such as “Santa Baby,” “Feliz Navidad” as well as more traditional selections such as “Ave Maria.”

The performance will also feature guest soloists and St. Nick himself; the concert features a variety of music styles and entertainment.

“As a whole, we have been growing,” Olson said. “People will see the development and maturity among all of the ensembles with the difficulty and quality of the repertoire. It’s a rising tide across the board … We are all progressing, and it’s something Clark County can be proud of and can see firsthand Thursday.”

Admission is free, although the music department will accept donations at the door.

“For a lot of people, this season — the holiday season — doesn’t start until the music starts,” Olson said. “There’s so much good Christmas music out there. A lot of people may just turn on mixmas, but this is live Christmas music … For our kids, it’s about the opportunity to make someone’s evening.”

Olson said live music could fill a tired and weary soul with joy.

Olson said he invites the community to come out and support GRC’s music ensembles.

“Our kids work hard,” Olson said. “They put in a lot of work year round, especially for concerts. It’s an opportunity to see their hard work live, whether they realize it or not it’s an endorsement of these kids.”