Where in the World: Winchester as it was in 1914 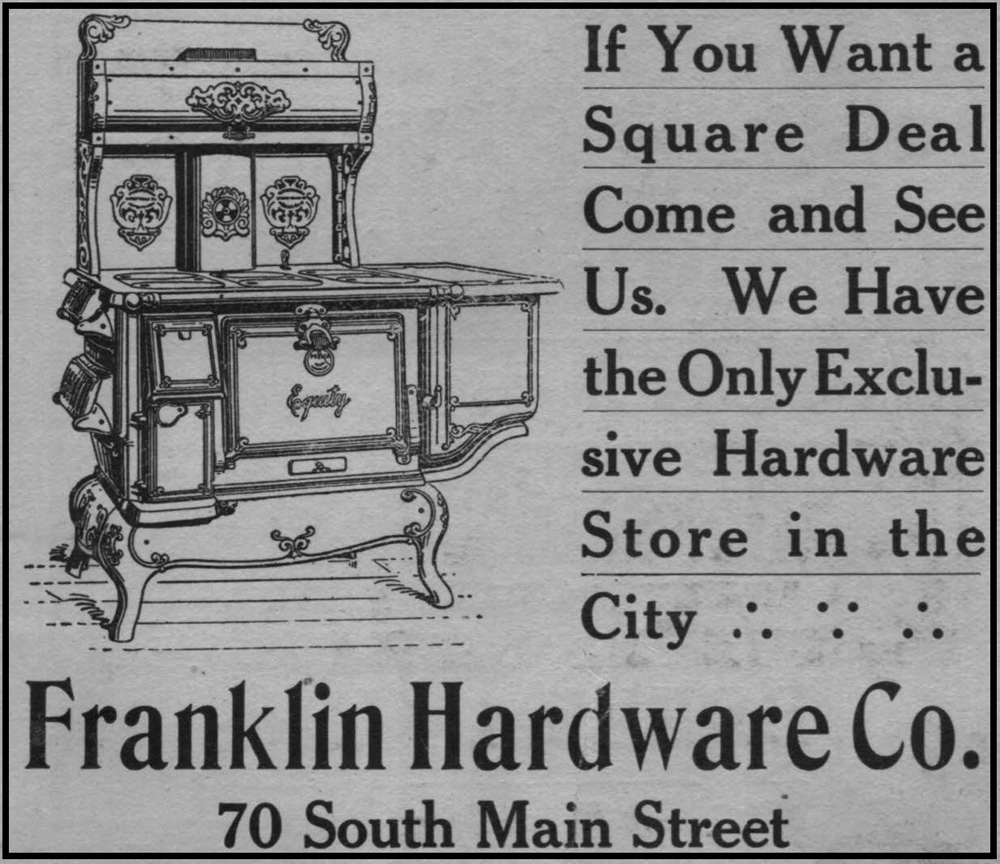 I  remember a Winchester Sun columnist who used to write periodically about Winchester in the 1940s and ‘50s using old city directories as her source.

These reference books are packed with fascinating information describing life in the “olden days” here.

The library has a good collection of directories, beginning in 1892.

On leafing through the 1914 edition of Caron’s Directory of the City of Winchester, it was interesting to observe how much this place has changed in a little more than 100 years.

The introduction described “decided improvements in the city since our last publication [1911].”

“Other substantial improvements” were Central Baptist Church, two tobacco warehouses and the Colonial Office Building at the southwest corner of Main and Washington streets.

Also that year, Kentucky Wesleyan College opened a new library with funding from Andrew Carnegie, and the L&N Railroad completed a new line to Irvine.

City population was estimated at 8,900, and property valuation, real and personal, was $6.6 million.

The fire department was manned by Chief Harry Ecton and three firemen.

This must have been the great era of fraternal organizations, as Winchester counted 28 lodges. They included not just the familiar Masons and Elks, but a number of lesser-known groups such as the Improved Order of Red Men, Sisters of the Mysterious Ten and Woodmen of the World.

The Elks and Odd Fellows had their own buildings at 59 and 64 S. Main St., respectively.

The majority of the other lodges met in the Fraternity Building on Court Street.

One of the most interesting sections is the “Commercial Directory.”

The commercial life of Winchester was centered on Main Street. There were 12 clothing stores (all on Main), 22 dressmakers (all women, mostly on Main) and six milliners (all on Main).

The town’s 13 saloons and 10 pool rooms were found on Main and Washington streets.

The Winchester Sun operated out of the old Presbyterian Church next to the Opera House; the Winchester Democrat had its office at 53 S. Main St.

You could visit Main Street to purchase a diamond ring, a sewing machine or piano. You could shop for furniture, carpet, hardware, gas stoves, paint, a fine cigar and farm implements; stock up on baked goods, candy (at seven locations) and mineral water; and go bowling or see a movie.

There were listings for 39 retail grocers plus one butcher, one fish store, two fruit stores and Toohey Brothers Poultry and Eggs. There were 13 restaurants and three lunch rooms downtown.

At that time, there were three automobile dealers co-existing with two buggy and harness makers.

At Joseph Martin & William Hodgkin’s Supply House at 15-17 N. Main St., you could buy roofing for your house, coal for your fireplace, feed for your livestock and a car for your driveway, if you had one — and it was the only place in town to buy gas.

Thomas Piersall’s dealership and garage was on Wall Alley between Broadway and Washington streets.

Insurance companies were richly represented in all their specialties. They had by far the most listings (72) and directory pages (more than three). Many of the agents were housed in the McEldowney and Fraternity buildings.

Essentially, all of Winchester’s businesses were home grown.

S.H. Kress & Company was an exception. This 5-10-25 cent store was located in the McEldowney building.

Kress, which opened its first store in Memphis in 1896, was a precursor of the chain stores that now dominate commerce in every part of the country.

The George Geddes Company sold “Monuments of Character” and “Mausoleums of Every Description.”

One of the most interesting ads in the directory was the listing by the Kentucky Concrete Burial Vault Company who sold “ghoul proof” burial vaults. No doubt, people must have still been fearful of body snatchers, the so-called “resurrectionists” who exhumed newly-buried bodies for anatomy schools.

The railroad helped spawn a number of manufacturers.

There were two flour producers, Winchester Roller Mills in the Kerr Building and Old Kentucky Flour Mill on Pendleton Street.

Hagan Brothers made gas engines at their huge plant on East Washington Street.

Column submitted in memory of Betty Ratliff Smith. Harry Enoch, retired biochemist and history enthusiast, has been writing for the Sun since 2005.  He can be reached at henoch1945@gmail.com.