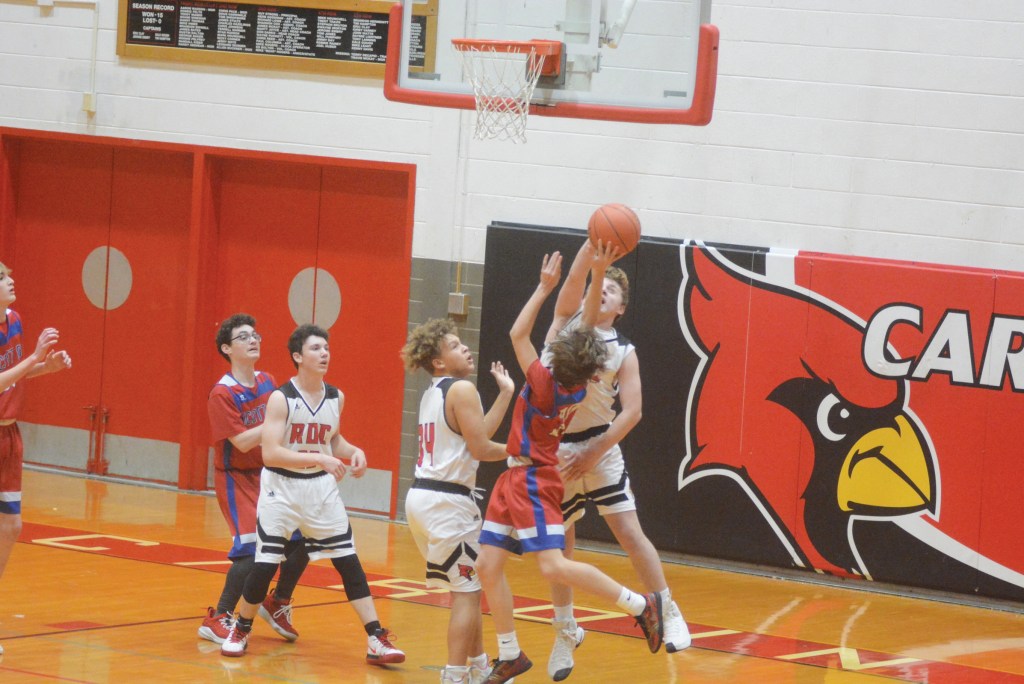 Robert D. Campbell Jr. High hosted Scott County Monday and the eighth grade was the only team to pull away with a win as Scott fell 54-35.

After a back and forth first half with the Cards heading into the locker room with a 26-19 lead, Campbell opened the second half with a 17-2 run to extend the lead 43-21.

“Our defensive intensity was there,” he said. “We pressured full court to force turnovers. Our inside-outside game was in effect tonight. We were able to get some high-low looks and found opened shooters who were fortunately able to put the ball in the basket.”

Gay said his team has showed signs throughout the season of what they are cable of, but he felt his team put it together in the win.

“We have been able to show what we are made of, but we need to figure out how to play like that throughout the course of a full game,” he said. “We play consistent, share the ball and get after it defensively. We are a good basketball team. We do well and we have good chemistry. At times it would be disappear.”

Gay said his team has progressed tremendously from the beginning of the season until now.

“These guys have been coachable,” he said. “That one extra year of maturity has made it a lot easier for us to coach. At the beginning of the year it was not all there, but as the year has gone on their trust level for me has grown. We are growing as coaches and players.”

Gay has high hopes for his team’s playoff chances and believes his team has a chance to do something special.

“We are going to start

playing teams in our conference for the second time around in January,” he said. “We lost three out of the four. We should sweep if we play the way we are capable of which will put us in a good spot going into the tournament. If we can get the one or two seed it will give us a really good chance to win our conference this year.”

Gay said his team is special because of their work ethic.

“They play so hard and they want to win,” he said. “Not to knock on any coaches or anything, but they feel like they did not win as many games as they would have hoped last year. They are focused in on trying to have a good eighth grade year. They will be successful at the end.”

The eighth grade team now has a record of 5-5 and will play again Dec. 13 at Woodford County.