Sandefur trusts in his team to give him confidence 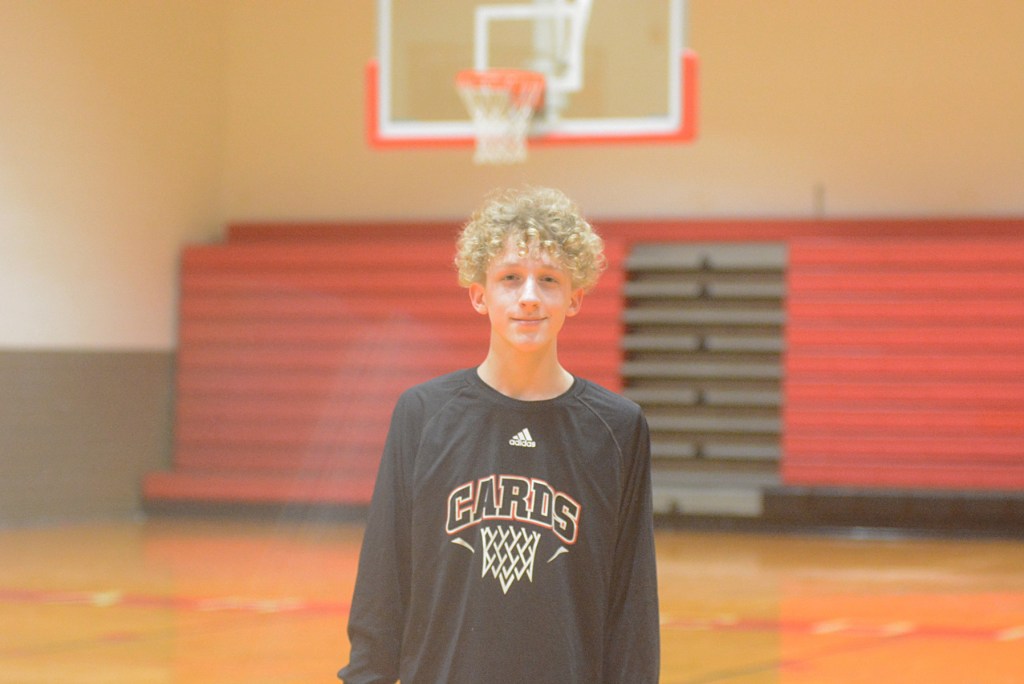 Jacob Sandefur has been playing basketball for five years and he also plays football. (Photo by Micah Satterly)

Eighth grader Jacob Sandefur has a strong passion for football and basketball, but said he leans more towards his love for basketball.

Sandefur has been playing basketball for only five years but feels his love for the game growing each year.

He wears no. 33 because it was the closest number he could get to his favorite player’s number.

“33 was as close to 30 for Steph Curry as I could get,” he said. “When we got to choose our numbers his was the first one that popped in my head. I could not get it so I decided to get 33 which is close.”

Sandefur uses his team as his motivation to be successful in anything he does.

“I want to do my best for them,” he said. “They are my friends and we are around each other all the time. They push me to want to give it my best and I try to do the same thing for them. We are a team.”

Sandefur has strong ambitions to make a difference for his team.

“I hope I can start by the end of the year,” he said. “I am determined for it and I have been working hard. It won’t come easy, but I will just use that as motivation.”

Sandefur speaks highly of his defense.

“I would say I am good at defense and blocking shots,” he said. “Blocking shots feels so good when it happens which makes me want to always play solid defense so I can be able to do that.”

Sandefur admits the areas he still wants to work on.

“I definitely need to work on dribbling,” he said. “My offense will get better if I work at it. I have not been playing basketball that long so if I stick to it I know I can do it.”