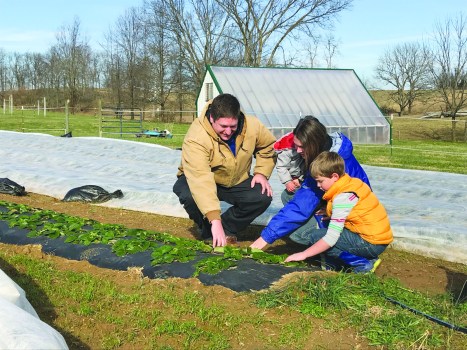 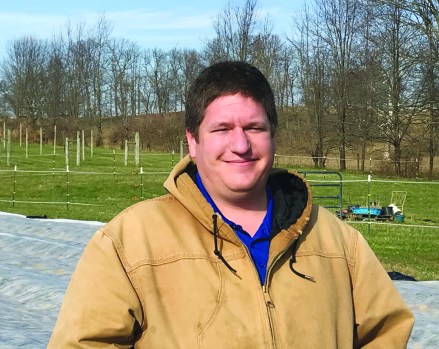 One event was all it took to convince David Davis he wanted to be an extension agent.

He grew up on a farm in western North Carolina, where his parents grew tomatoes and other vegetables.

“My dad was starting the farm and doing things that were new,” Davis said. “The extension agents were always there helping dad and showing him how to do things. (Agent) Clause Deaton would come by and he would put me in his truck and take me to the community grocery store and would buy me a Dr. Pepper.”

When Davis was 8, his family’s farm was wiped out after a major storm rolled through the region.

The storm itself didn’t affect the farm, he said, but the water running down from the mountains nearly washed everything away.

“We pretty much lost all our tobacco and most of our vegetables,” Davis said. “I remember my dad look at my mom and ask, ‘What are we going to do?’”

Then the cavalry arrived. The extension agents arrived, ready to work. They started by changing the oil in their flooded tractor to get it running again, and then proceeded to salvage what they could of the farm to get things going again.

His family’s farm is thriving now, to the point the produce manager at the local chain grocery store always asks when their roadside stand opens so he can adjust how much produce he orders, Davis said.

“Dad’s always talked really highly of extension,” he said. “My dad would say he is where he is because of extension.”

When it was time for college, Davis was accepted and graduated from Berea College. Davis was doing research while working on his master’s degree at the University of Kentucky when he was hired as the extension agent for Clark County six years ago.

Now he’s doing what he wanted to do when he was a child: working with and helping farmers.

“We wear a whole lot of hats,” he said. “We’ve been working on a farm-to-school grant to get local produce in schools,” he said. “Right now, it’s trying to help farmers find new crops. Tobacco is in a downhill slide. Farmers are struggling with what crops to produce. Most of what I do is education.”

There are a lot of options from hemp to strawberries. There’s no one crop to replace tobacco on its own, he said, but there are smaller crops to help fill some of the void.

“In farming, it seems like there is a challenge around every corner,” he said. “I feel like I’m there to help people work with the challenges. It’s something new every day. The challenge is knowing what challenge to tackle.

“If someone comes with an idea they want to try, I’ll support them any way I can.”

Any day can take Davis from a board meeting to farm visits with local families or taking research samples for the university.

At the end of the day, his job is about working with people.

“The best part of my job is meeting people,” he said. “You have to know people to be able to help people. I’m a minister too, and (extension) is as much like a ministry as anything else. It’s a lot more fun than coming in to an office.”