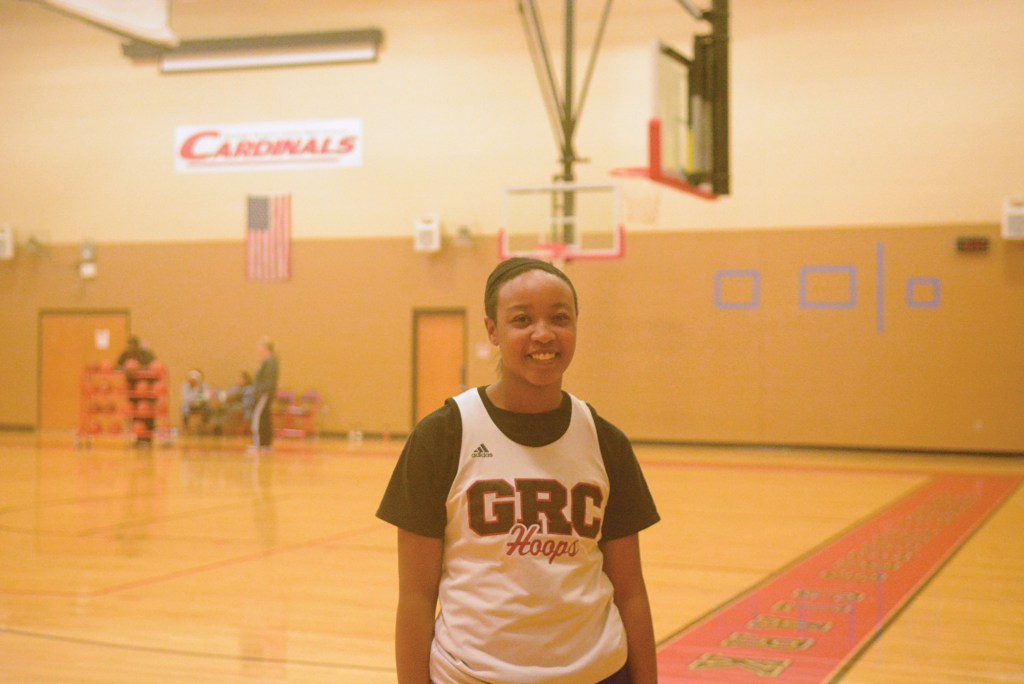 Freshman Amber Miller began playing basketball in fifth grade and it ended up being the only sport she decided to play.

“At first I just played for fun,” she said. “After my fifth grade season I really enjoyed it and kept playing. It was the only sport I wanted to try.”

Miller is confident in her defensive capabilities.

“I would say I am a pretty good rebounder,” she said. “I am also a decent defender. I could still get better at it though.”

“I liked to watch her player,” she said. “She was really good and she is the second leading scorer in college history for women’s. She is not a post player like I am, but she was really fun to watch.”

Miller has a long way to go until her high school career is over, but she is anxious to make big contributions to her team.

Miller wears no. 32 and said she chose a random number.

Miller said her team’s focus each day will be a key to winning another region title.

“We have to work harder and harder each day,” she said. “Practicing harder will make the games easier. That is the mentality we need to have all year. Work harder so the games come more easily.”