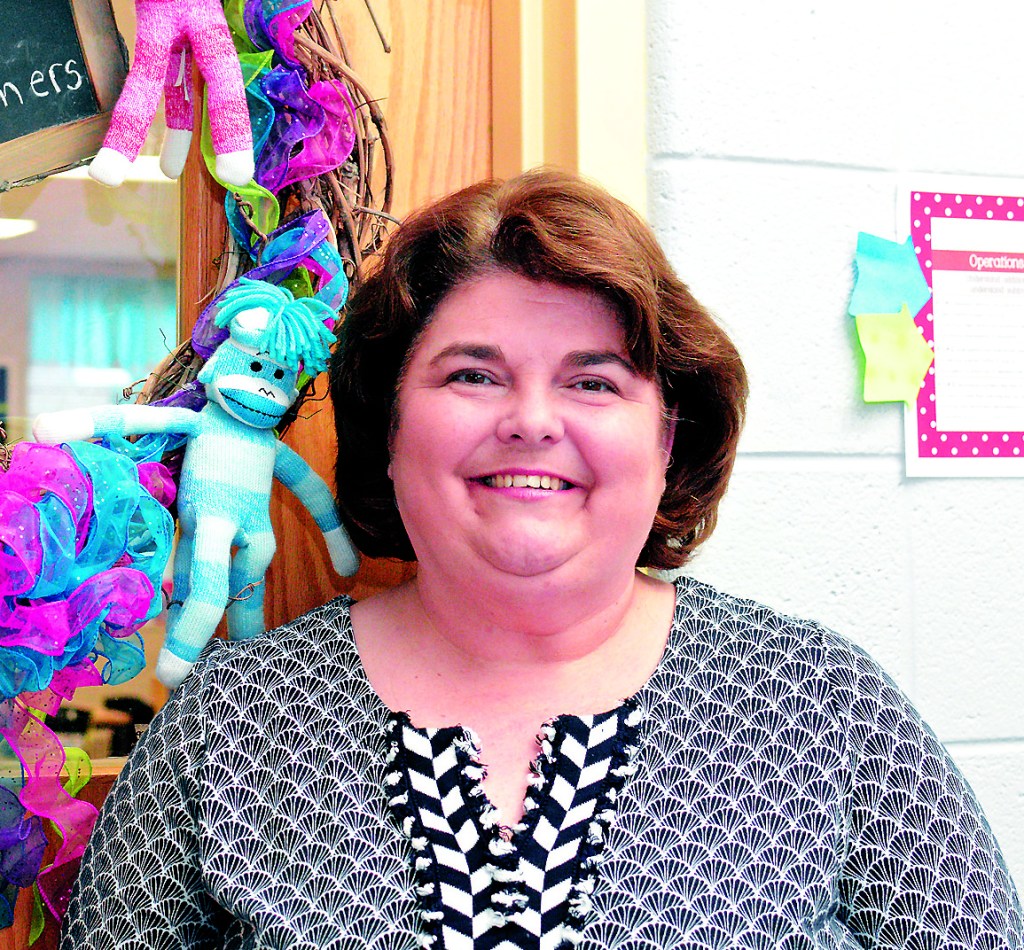 Wendy Summers has been teaching at Shearer Elementary School for 22 years.

Summers, a kindergarten teacher at Shearer Elementary School, attended Shearer as a young girl. She recalls the open concept classes, with a sink area in the middle. Walls were absent between classrooms. Instead, students sat in pods, open to the center.

She said the open concept taught her to focus while also teaching her about community.

Eventually, Summers went on to teach at Shearer and has stayed teaching there for 22 years. At one point in time, she even taught alongside a teacher who had taught while Summers was in elementary school.

“It was early in my career, and I learned so much just from teaching next to her,” Summers said.

She taught in the open concept for a time and then witnessed the Shearer community come together following the fire. For a couple of years, Summers taught her Shearer students at Central Baptist Church while construction was underway.

Summers has taught 27 years total. She began her career in Georgia before returning to her hometown of Winchester.

Summers attended the University of Kentucky for her undergraduate degree and completed her master’s through Georgetown College. Throughout her teaching career, she has taught kindergarten, first grade, preschool and split classes.

Summers knew she had always wanted to teach. In the second grade, she would pull down her blinds, mimicking a chalkboard, line up her stuffed animals at their imaginary desks and use a yardstick as a pointer to teach the day’s lesson.

“I’ve always known,” Summers said. “I had really good teachers at the beginning of my school career, and they might have given me such a positive experience that I think I wanted to do that for somebody else.”

Summers said she loves seeing the beginning stages of schooling such as students learning to read. She aims to set students off on the right foot and set the tone for the remainder of their school careers.

“You see so much progress,” Summers said. “They’re like sponges. They suck it up.”

Summers said her student continually inspire her, especially knowing what many students deal with at home.

“They’re very resilient,” Summers said. “It makes you think the little things that you can complain and worry about are trivial.”

Summers said she hopes her students remember her as a caring teacher.

Throughout her 27 years of teaching, Summers said the field has changed. When she first started teaching kindergarten, it centered on social skills. Now, kindergarten classes are structured, and the expectations are higher.

Summers said she’s recently introduced research projects to her students, such as learning about turkeys or the various holidays celebrated in different cultures.

It can be challenging to address gaps in experiences and knowledge among students, Summer said, especially since not all kindergartners have attended preschool, head start or even day care.

Summers said she recalls her first day of teaching. She was living in Georgia and beginning her first year as a preschool teacher. She was nervous, unsure of how students would react.

“It was a pretty overwhelming feeling,” Summers said.

However, even a typical day now can still be overwhelming, she said. But she feels focused and ready to tackle each day.

On particularly rough days, Summers said she reminds herself that the feeling is temporary. It too shall pass, she tells herself.

However, seeing her students smile and hearing their stories also reminds her of why she began teaching in the first place.

Recently, she ran into a former student while shopping at Walmart. He asked her to wait before bringing his wife and infant daughter over to meet Summers.

“That was sweet, that he thought enough of me that he wanted me to meet his family,” Summers said.

Summers said besides attending and teaching at Shearer, her parents have mostly made her who she is. Her mother and father had only been married two weeks before her mother’s mother had passed away. Summers said her mother graciously took in her six brothers and sisters to raise them, so they did not have to be separated into different homes through the foster care system.

Summers said her parents then went on to have children of their own: Summers, a son and another daughter who later became terminally ill.

“My mom, when I was in elementary school, went back to college to get her nursing degree,” Summers said. ‘So, it’s made me realize that if you work hard enough, you can achieve what you want. But to [my parents], family is very important and giving to others is more important than taking care of themselves.”

Summers said she tries to instill those same values into her family — her husband and three children — as well as her into her classroom.

Summers said she advises new teachers to be sure of their passion for the profession, just as she is.

Summers said she plans to stay at Shearer until she retires, coming full circle: ending her blossomed career as a teacher where the seed was planted.