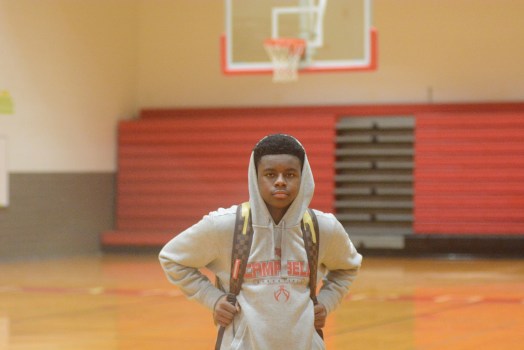 RDC basketball player Reshaun Hampton uses LeBron James as motivation when he steps on the court. (Photo by Micah Satterly) 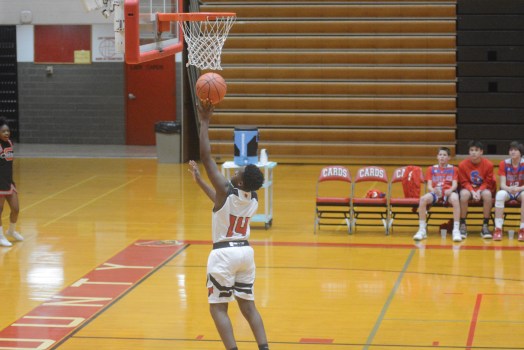 Reshaun Hamtpon lays it in after getting a steal. (Photo by Micah Satterly)

“I am better at it,” he said. “Everyone likes to do things they are good at it. It makes it more fun. I see myself in a better position than football.”

Hampton wears no. 10 in football and no. 14 in basketball.

“I chose number 10 because my that was my cousin’s number last year. I picked 14 randomly so there is no story behind that one.”

Hampton wants to push himself to improve each year in sports.

“I want to work harder in football,” he said. “It requires more effort I think. I want to get better at defense in basketball and my attitude.”

Hampton feels strongly in his ability to score the ball.

“Offense would be what I am best at during the game,” he said. “I can shoot it and I feel like I can do anything when it is needed. I want to work on my defense more.”

Hampton said he uses his basketball idol as motivation on the court.

“LeBron is my favorite player,” he said. “He plays hard and he is the best player in the world. I want to have that same mindset to always play hard because of how he plays.”