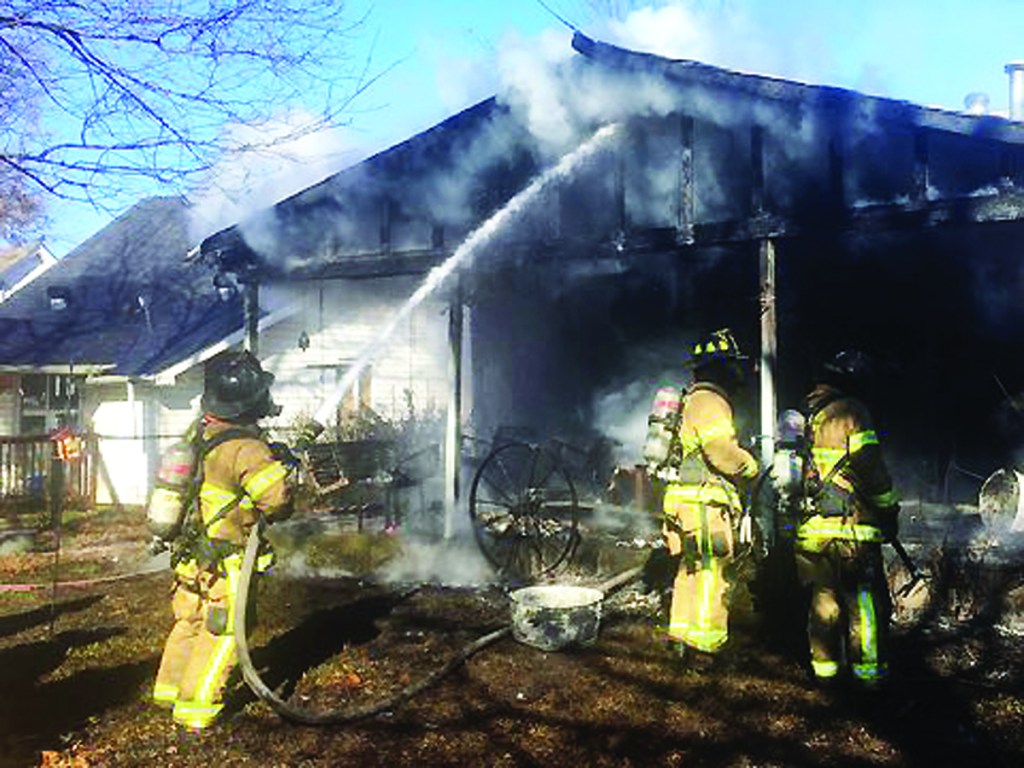 Winchester Fire-EMS responded to a house fire at 128 Holly Ave. around 11:30 a.m. Tuesday

According to Battalion Chief Chris Whiteley, there was heavy smoke and fire at the rear of the home.

“We made entry from the front of the home and attacked the fire from multiple directions,” he said. “We made a really aggressive interior attack on the smoke and fire.”

Whiteley said there was significant heat and smoke damage throughout the home, with the majority of the heat damage at the rear of the first floor of the home.

The damage was contained to the one home.

“The initial radio dispatch was that possible one person was entrapped, but with our primary and secondary searches, we discovered one dog had perished in its cage and there was no one home,” Whiteley said.

Whiteley said one firefighter also turned his ankle during the response and was sent for X-rays.

He said firefighters were on scene for about three hours and the investigation lasted until about 4:30 p.m. Tuesday.