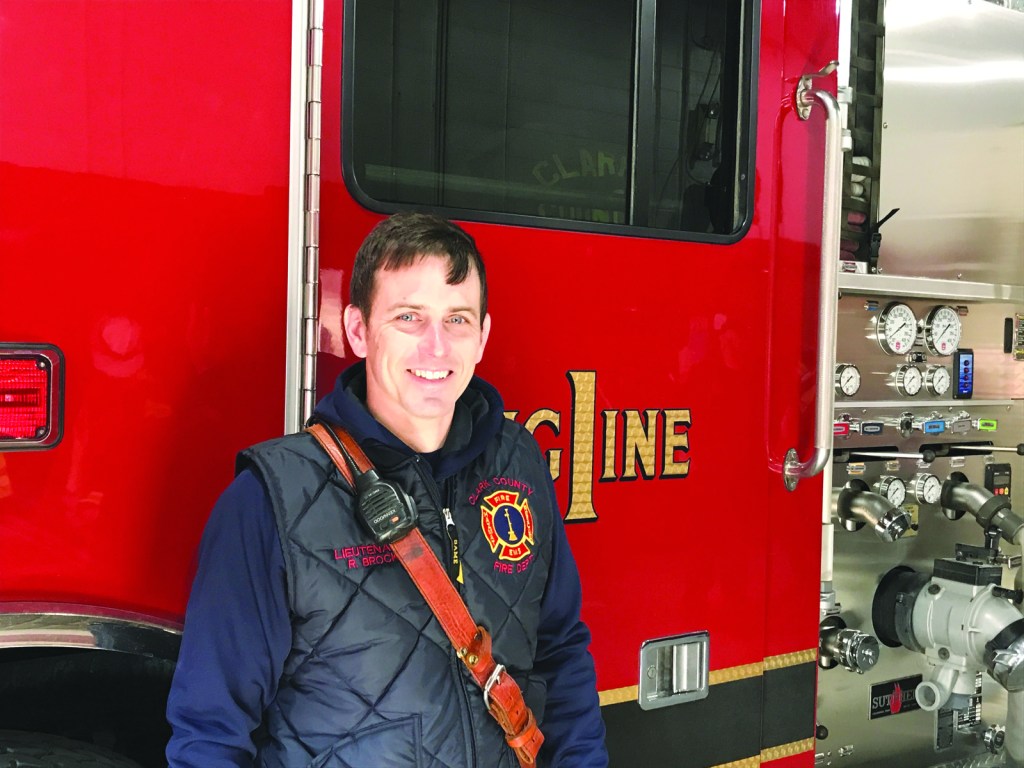 Two years ago, Clark County’s firefighters decided to start collecting toys for local children in need during the holidays.

This year, children in about 70 families will receive gifts from the Clark County Firefighters Association.

Winchester Sun: How did the toy drive start?

R.D. Brock: “I started at the fire department in 2007 as a volunteer. We didn’t do anything. There was no toy drive or anything to help the community, fire department-wise. There were some churches that did things.

I have kids myself. Seeing them on Christmas morning opening presents is second to none.

I couldn’t imagine a child waking up on Christmas without toys.

We have a whole lot of needy families in Clark County, more than some people realize.

I went to Chief (Billy) Jones and he thought it was a great idea.

He said, ’This is your baby. You take care of it.’ From then on, we’ve kept going with it. It’s gone well every year. We’ve served every family we got names for.”

WS: How many families will you help this year?

RB: “I think this year we’ll probably end up with around 65 or 70 families.

We wanted to do more. We’ve actually had a little trouble getting names this year.

There are several churches that are doing more this year than they have, so they took some of it.

With us working together … we’ll make sure everyone gets what they deserve.”

WS: Have people given toys or money?

RB: “Both. We only do new toys. I wouldn’t want my kids to get used toys on Christmas.

We also have received gift cards. Rural King is a big help to us. Clark Regional Medical Center made a substantial donation. Peoples Exchange Bank spent a lot of money and bought toys.

With the help of them and several individuals that made very generous donations to us … today we are sorting toys.

We can go in and buy what we don’t have.”

WS: What age group has been the hardest?

If someone’s going to donate a toy, they will spend in the $15 range.

When will you give the toys out?

We use black trash bags. Sometimes you show up at the homes and all the kids are there. They can hide them or do whatever they do with them.”

WS: What is the best part?

RB: “Giving the toys. I just wish we got to be at every house on Christmas morning and watch the kids, because that’s the joy of it.”