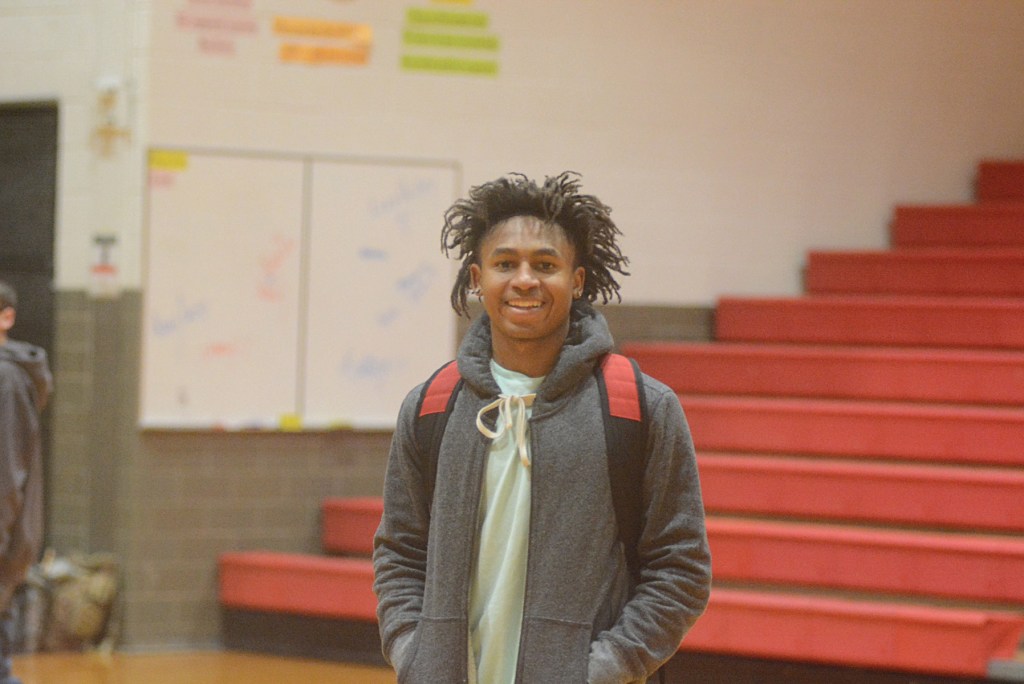 Senior D.T. Knowles said the strongest aspect of his game comes from his defensive abilities. (Photo by Micah Satterly)

Senior guard D.T. Knowles has been playing basketball since his freshman year.

Knowles also played football and baseball until middle school, but decided to stick to basketball to keep the family tradition.

“My aunt is from Louisville and my cousin played at Louisville,” he said. “I always grew up around it so I felt like it was the right sport for me.”

Knowles feels confident in his ability to guard the ball.

“I am quick and have good balance,” he said. “I like being able to read what the person I am guarding is doing. Defense is my strongest point of my game.”

Knowles admits he wants to become more assertive on the court.

“I want to work more on my playmaking abilities,” he said. “I want to be better at catching and shooting as well as contributing more to the offense. I would like to become better at contributing to my team and do whatever is necessary to win games.”

Knowles said his motivation comes from his favorite player who is a rookie in the NBA.

“My motivation comes from Collin Sexton,” he said. “He motivates me to become better and has made me realize I can do anything if I put my mind to it regardless if it is basketball related or not.”

Knowles said his goal for his senior season would be to help his team out in any way.

Knowles said his team will have to cut out all outside distractions and focus on each other if the Cardinals want to win region this year.

“We have to focus on the team,” he said. “The team comes first and we have to make sacrifices for each other.”

Being a student-athlete is a lot of work and Knowles said it has helped him evolve as a person as he has had to work through adversity.

“It has been hard and tough,” he said. “I just wake up every day and tell myself I have to get it done. There is no point in pouting. You have to do what you have to do every day.”