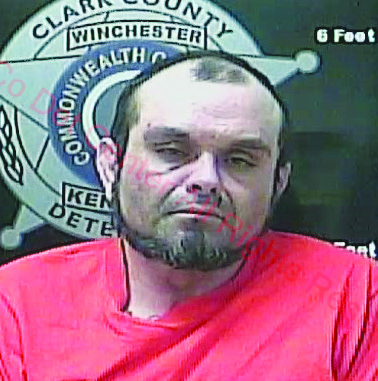 A Lexington man is facing more than a dozen charges after allegedly leading police on a pursuit and running over a Clark County deputy’s foot Wednesday night.

According to court documents, the pursuit began in Fayette County and deputies waited at the county line for the suspect’s vehicle, described as a dark-colored Ford Mustang.

The vehicle turned up Hud Road, turned around at the end and returned toward deputies at a low speed. In the incident report, Deputy Wes Craycraft wrote Estes was out of his vehicle and giving verbal commands to the occupants, when he arrived on the scene. Both the driver and passenger had their hands up, but the vehicle was still rolling slowly toward them.

Estes attempted to break the vehicle’s window to remove the driver, but the car rolled over his foot. The deputies eventually removed Lewis from the car and arrested him. The passenger in the vehicle, 23-year-old Ashlee Daugherty, was also arrested

Once the car was stopped and the driver was arrested, deputies found bagged marijuana, scales, two handguns, $2,077  cash and a partially burned marijuana cigarette. A large knife was also found between the driver’s seat and the console.

Smith also smelled of marijuana and appeared to be under the influence.

Daugherty told deputies that Lewis fled from Lexington police and the deputies because he believed there was a pending warrant against him.

Daugherty was arrested and charged with trafficking in marijuana, first-degree promoting contraband and prescription controlled substance not in proper container.

Both were lodged in the Clark County Detention Center.