Nailed It or Failed It: Slow cooker honey pork roast 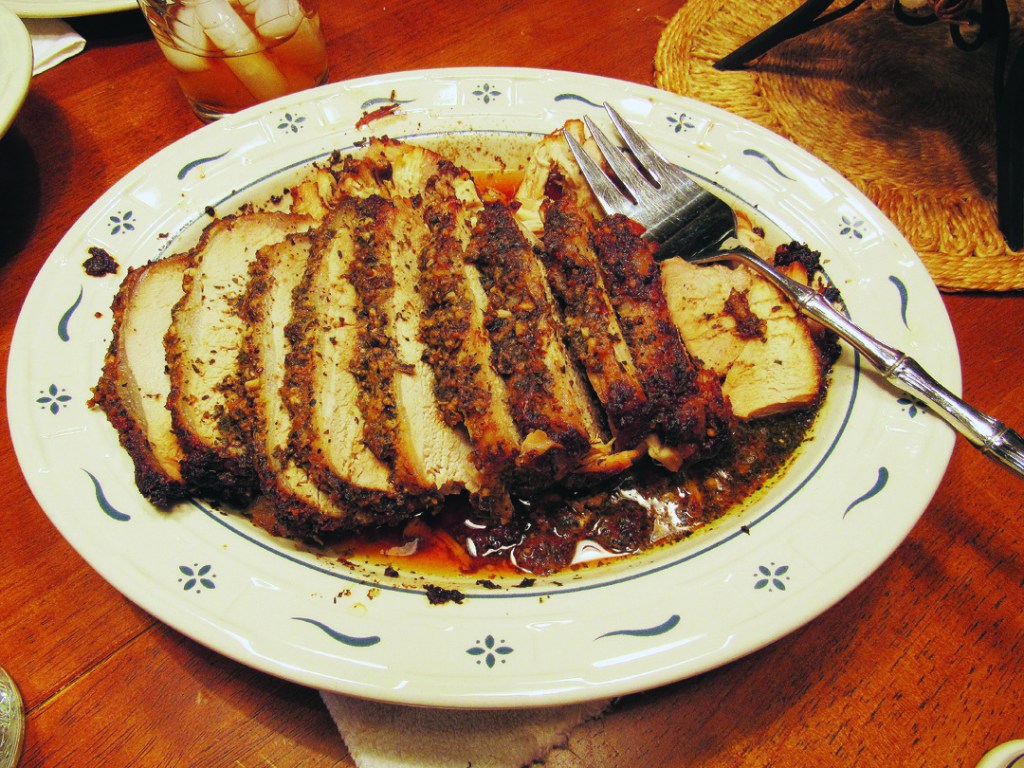 Brad recently had one of his hips replaced and meal time is just about the last thing on my mind right now.

I decided I needed to come up with some quick meals because my time for preparing them is very limited. Not that Brad is demanding — he’s a great patient. There’s so much to do to care for him.

I checked out my folder of meat recipes and found this slow cooker recipe for Honey Pork Roast which came from tiphero.com.

I figured it would be great for Sunday dinner.

Place the pork loin in the inner pot of a slow cooker.

Cover and cook on low for 6 to 8 hours

Remove the cooked pork loin roast from the slow cooker, reserving the liquid. Shred the meat.

Add the reserved cooking liquid to a saucepan and bring to a boil. Reduce the heat and simmer until reduced and thickened.

Pour the reduced, thickened sauce over the shredded meat and serve

After a Sunday afternoon nap that went too long, I jumped up and put the meat in the slow cooker then started putting the other ingredients in a bowl.

The ingredient list mentioned olive oil, but no where in the recipe did it mention adding the olive oil. I read the recipe several times, thinking I was overlooking it, but it just wasn’t there.

Then I wondered if part of the directions had been cut off when I printed the recipe off the computer, so I went to the computer and pulled it up to review it, but again the recipe didn’t mention adding the olive oil.

I decided at some point someone must have just left it out of the preparation directions. Because it was listed as an ingredient, I poured the olive oil in with the other ingredients and gave everything a good stir.

The pork loin I had was about two pounds and seven ounces, which is a good size for two or three people.

I went ahead and made the full amount of the liquid to pour over the roast because I figured it wouldn’t hurt to have more to reduce and serve over the meat.

Once I had everything in the slow cooker, I turned it on low and got back to taking care of Brad.

That afternoon, some friends stopped by and brought homemade chicken noodle soup. After they left, Brad decided he’d rather have soup than the pork roast.

When the pork loin was done, I removed it from the slow cooker and grabbed two forks to start shredding it.

Guess what? It wouldn’t shred. I always have that problem with pork loins. I don’t know if I cook them too long or what, but they never shred for me.

Instead, I just sliced it up and put it in the refrigerator, along with the reserved liquid, for Monday night.

Monday evening, I poured some of the reserved liquid onto the meat before heating it. I figured it would help keep the meat moist while it heated.

I put the meat in the oven and I the small pan with the remaining liquid on the stove to heat. I let it come to a boil and then reduced the heat to simmer. The liquid reduced, but it never thickened like I thought it might.

Several times while the meat was heating up in the oven Brad mentioned something sure smelled good. He asked what it was and said he could smell oregano. I let him know he sure has a good smeller.

Brad’s sister, Jill, who lives in Ohio, came to help out while Brad is recuperating from his surgery and she arrived at our house just in time for the evening meal.

After a prayer and while catching up, we began to eat.

Each of us poured some of the extra liquid over our meat.

Brad was the first to comment on the pork roast; he thought it was good.

I was a little skeptical of his comment since he was on medication. But after a couple of bites, Jill and I both had to agree it had a great flavor.

No one ingredient was over powering and I liked the slight honey flavor.

Even though the meat didn’t shred like the recipe said it would, I’d say this is an overall success.

It was quick to put together and slow cooker cooking is a great option when you have a lot going on.

There was enough of the meat leftover for a second meal. I’d poured the remaining sauce over the meat and it re-heated just fine. After supper the second time around, Brad said this recipe is definitely going into your cookbook.

Next time I might not cook it as long, especially since the pork loins I use are typically on the small side, and it was about half the size called for in the recipe. Maybe that’s my problem with pork loins, I just cook them to death. We’ll see.