Bunfill wants to become more aggressive on the court 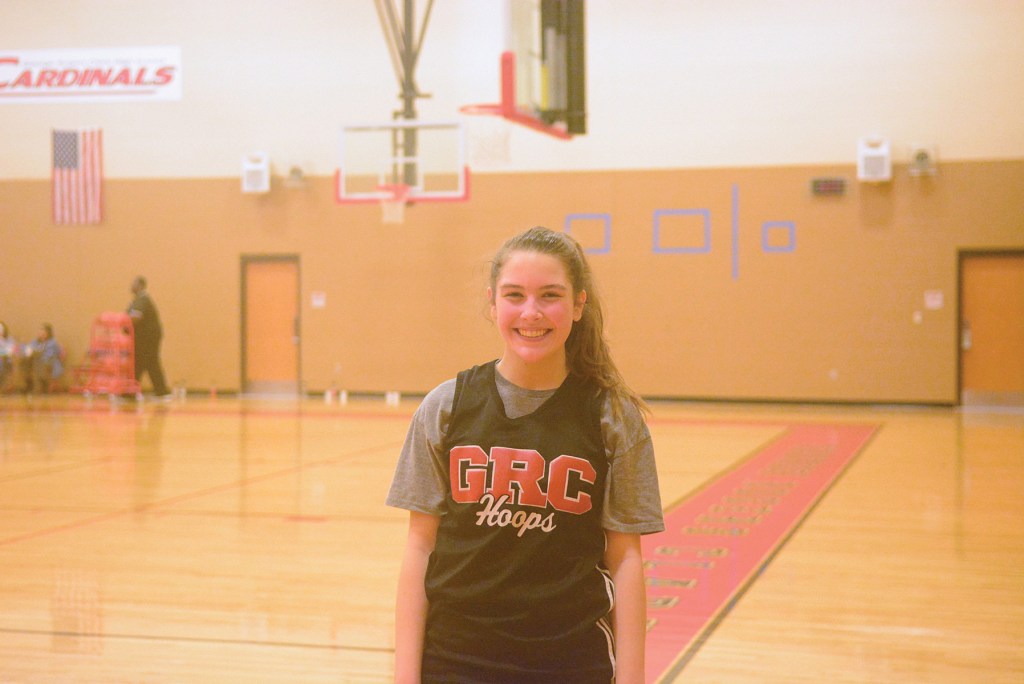 Sophomore Ashleigh Bunfill admits she likes to share the ball but is looking to become a more assertive player. (Photo by Micah Satterly)

Sophomore Ashleigh Bunfill has been a hooper since she was in fifth grade.

Basketball is all she knows as she did not play anything else growing up.

“My brothers played it,” she said. “I tried it out too and I ended up loving it. It has stuck with me ever since.”

Bunfill is confident in how she can guard the ball and communicate with her team.

“My defense is my strongest point,” she said. “I feel like I can guard the ball really well and have good help defense. I like where my defense is.”

Bunfill wants to work on her aggression more and understands she still has time to improve.

“I want to look to score the ball more,” she said. “I am sometimes focused on my teammates involved that I pass up on an open shot when we need to score. I want to start looking to make plays for myself.”

Bunfill said her dad has been her inspiration to be successful.

“He is always there for me,” she said. “He has always looked out for me. I know he pushes me and we get into arguments, but I know he has my best interest and wants nothing but the best for me. I just try to do the same for him.”

Bunfill wants to fulfill the goal of becoming a reliable team player.

“I want to help improve my game so we can become better as a team,” she said. “No one is good enough to do everything on their own. I want to do anything it takes as long as we are winning.”

Trusting in each other as a team will be a key aspect Bunfill says her team will have to accomplish in order to win their third consecutive region title.

“We have get to stronger and keep working hard,” she said. “That is what we did last year and it worked out for us, so we have to keep doing that since it worked the first time.”

Bunfill likes to listen to music to help her get energized and focused in on game days.

“I listen to hype stuff like rap music,” she said. “I listen to music and I keep to myself. Game days are different than normal days so that is how I treat it.”