GRC falls to Douglass in final game of Holiday Classic 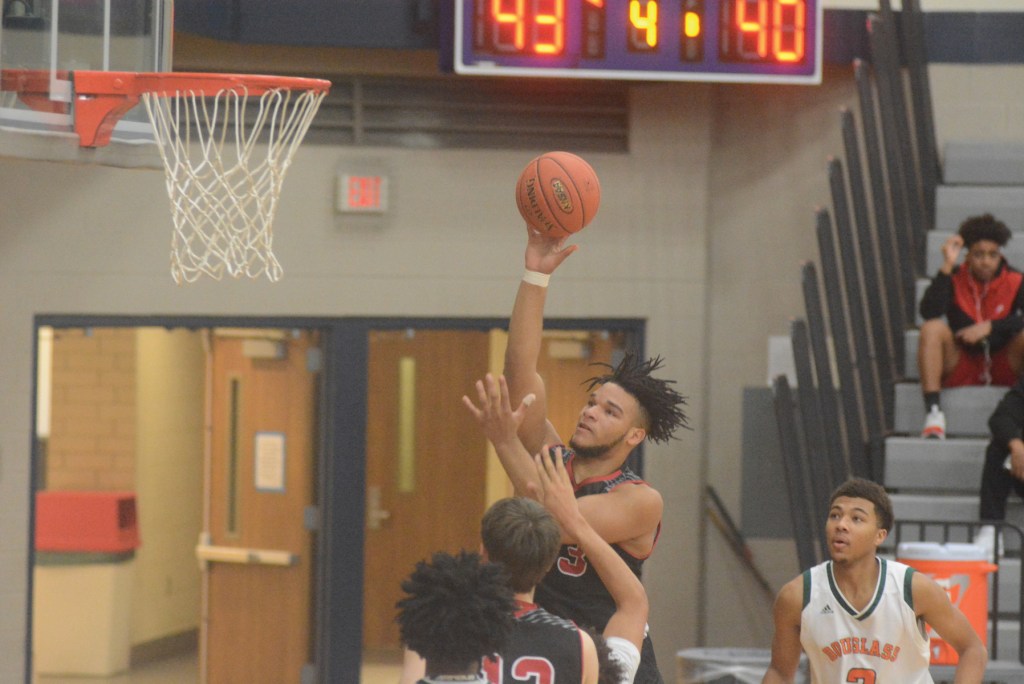 GRC played Douglass in their fourth game in four days and finished with a 2-2 record.

The other loss was given to GRC by Newport Thursday.

The Cards experienced a chippy game from start finish as the Broncos led the way 14-12 after the end of the first quarter.

GRC experienced foul trouble early which paid a toll, including three fouls for senior Jordan Graham in the first quarter.

In the second quarter, Douglass added on to their lead as four straight Cardinal turnovers turned into eight consecutive points for Douglass.

The 8-2 run called for a GRC timeout.

Out of the timeout, senior Brennan Canada finished at the cup for an and-one to chip away at the lead.

Canada finished with eight points on the day,

Douglass held the lead in a tight-scoring game 27-24 at the half.

The score was all even nearing the end of the third quarter until the Broncos hit a three-pointer with seconds to spare to lead 43-40 heading to the fourth quarter.

The Cards failed to pull the game back within reach as Douglass drilled another three late in the fourth quarter.

Douglass forced another GRC turnover and turned it into two points on the other end to lead 55-49 with under three minutes left.

“I thought we were tired,” he said. “We turned the basketball over a lot and had a lot of mental mistakes.”

GRC finished the game with 21 turnovers to Douglass’ 17.

Nonetheless, Cook feels as if his team battled the whole game.

“We definitely fought to try and stay in it,” he said. “This was a great experience for us. We got tons of situations where we had different guys making decisions and we can learn and grow from it. Douglass played well today. When it is your fourth game in four days, you definitely get opportunities to learn from.”

Although the Cards experienced heavy foul trouble, Cook said he learned the depth his team has.

“We can play some different lineups at different times,” he said. “We kind of figured out more of a rotation. We need to be more aggressive on certain things. We also need to develop some guys to make more plays.”

Cook said this tournament will pay off later in the season by teaching his team to play through tiredness and adversity.

“These tournaments are good mind tests,” he said. “We still have a month and a half to fix things we are struggling with and I know we can fix these things. Hopefully our kids will tune out some noise. Nobody wants to lose, but our kids know what we struggle with and want to get better.”

Jared Wellman led the team in scoring with 15 points.

GRC will play again in a boy-girl home double-header against Paris Friday.