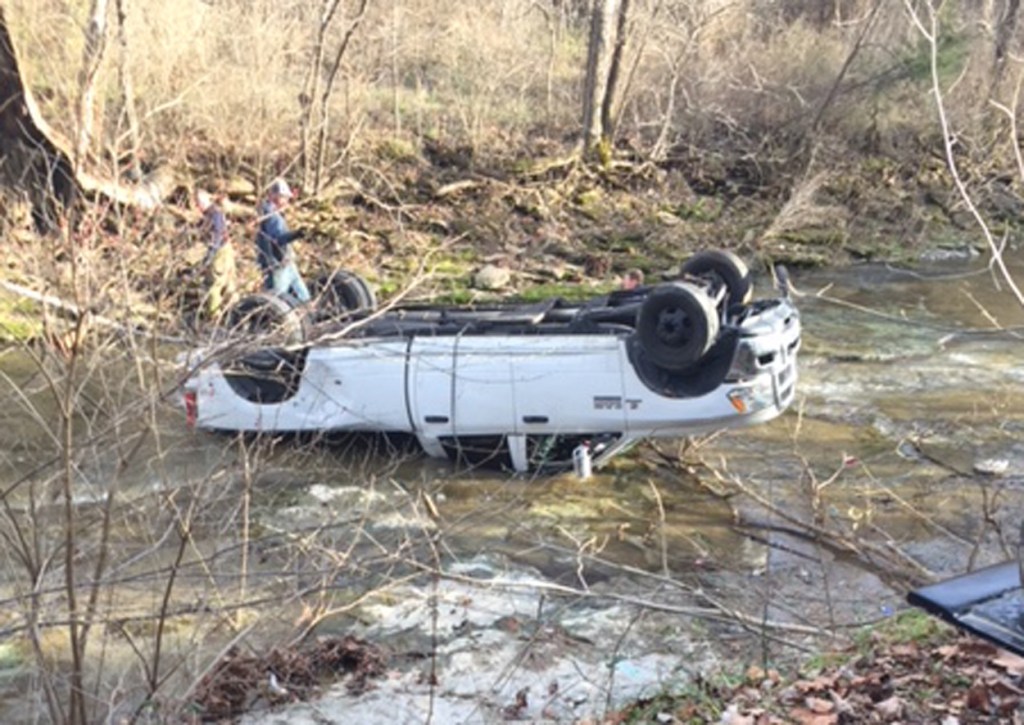 The driver of this Dodge truck was uninjured after it went off Dry Fork Road and landed upside down in a creek Sunday afternoon. The driver was arrested for driving under the influence. No other vehicles were involved. (Photo submitted)

A Clark County woman was allegedly intoxicated at three times the legal limit when the truck she was driving crashed into a creek Sunday afternoon, according to the sheriff’s office.

Samantha Clem, 41, of 12 Buckner St., was arrested following the crash near Dry Fork and Epperson roads. She was charged with driving under the influence (second offense) and driving on a DUI-suspended operator’s license.

According to the accident report, Clem said she was driving north on Dry Fork Road when an oncoming vehicle ran her off the road. The Dodge Ram 3500 Clem was driving went off the road, struck a tree and overturned. The truck came to rest on its top in the creek.

Following the crash, deputies said testing indicated her blood-alcohol level was 0.25, more than three times the legal limit of 0.08.

No injuries were reported in the accident.

Clem was lodged in the Clark County Detention Center where she is being held on a $3,500 cash bond, according to the jail web site.