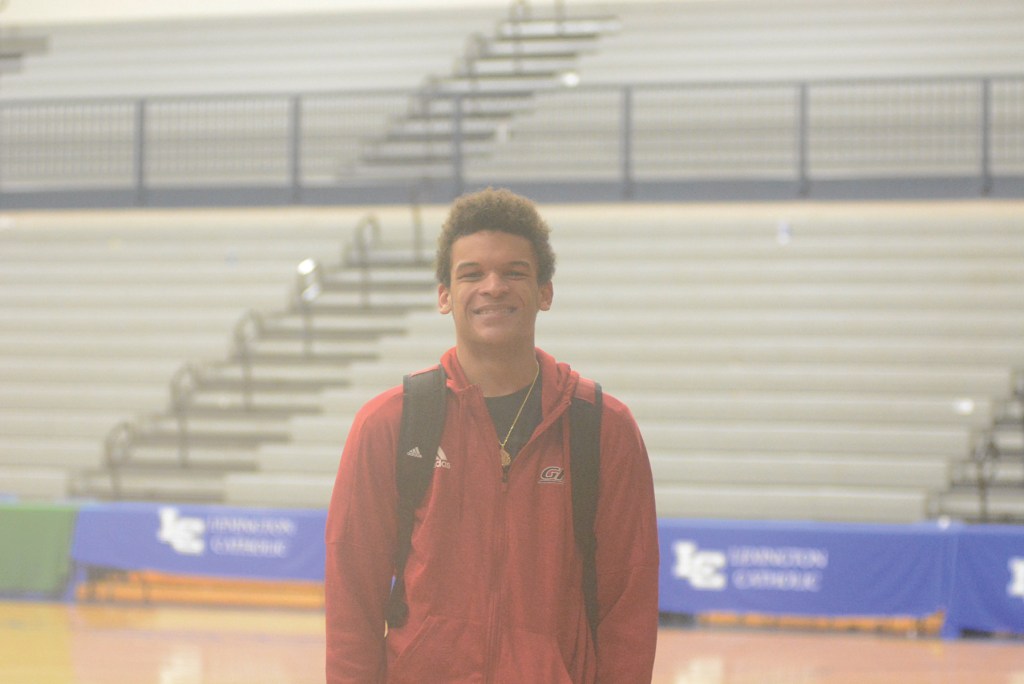 Junior John Gywnne wants to show loyalty to his teammates and coaches for always believing in him. (Photo by Micah Satterly)

George Rogers Clark junior John Gwynne said he has been playing basketball since he was four or five years old.

He played football up until he entered high school and decided he wanted to turn his focus on basketball.

“I felt like I was more fit for basketball,” he said. “I am going to be honest, I didn’t like to get hit in football. Basketball always felt like the best thing for me and I always enjoyed it more.”

Gwynne said his motivation comes from his dad and his coaches.

“My dad played basketball at Madison County,” he said. “I just wanted to be like him. My coaches have always been there for me on and off the court. I know I can trust them and they motivate me every day. I don’t want to let them or my team down.”

Gwynne said he feels confident in his ability to knock down shots.

“I would say my jump shot is probably the best part of my game,” he said. “I love to shoot and I practice shooting all the time. I have a better inside game than I give myself credit for.”

Although Gwynne claims his shot and inside game are his best traits, he still wants to work on finishing through the contact.

“I have to score around the rim,” he said. “I always try to fade away or avoid contact. I need to learn to go through contact and encourage it.”

Gwynne wears no. 31 because he really had no other choice.

“Freshman year, it was the only jersey that fit me,” he said. “I picked 31 and ended up sticking with it. Now I can’t imagine choosing another number.”

Gwynne said he listens to music all day on game days to focus him in.

“Music is my go-to,” he said. “I have earphones in all day listening to music and zoning everything else out. Lil Uzi Vert, Juice WRLD and I listen to basically any kind of hip-hop or rap.”

GRC falls to Douglass in final game of Holiday…