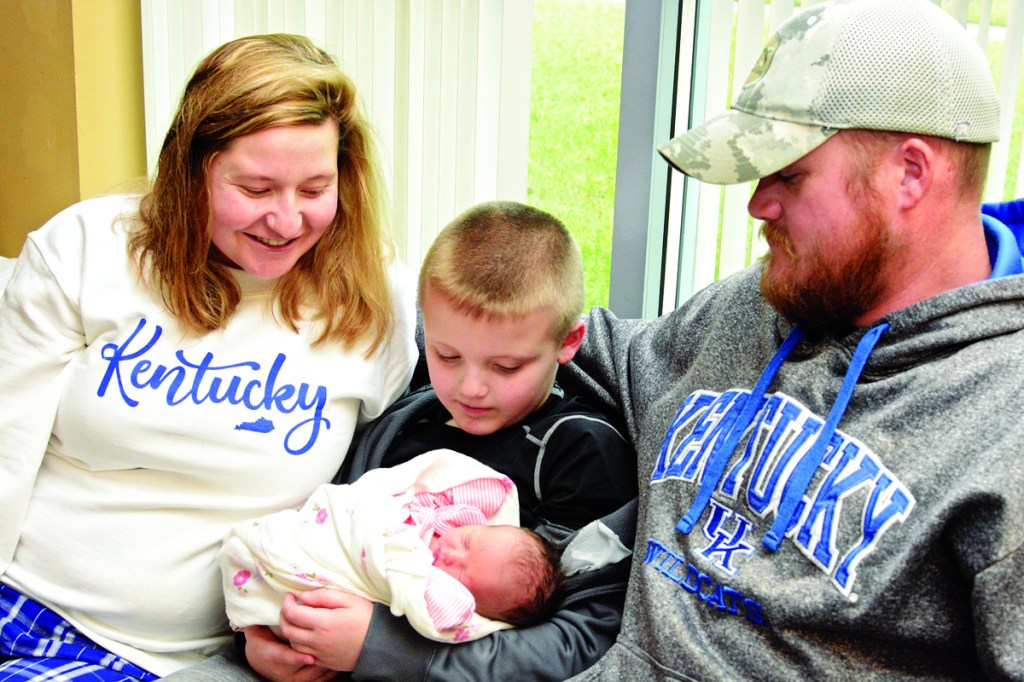 Abigail’s older brother Bentley Congleton, 7, also expressed his excitement. He said he plans to teach her basketball when she is older.

Hughes said their family is from Stanton, but they chose CRMC after having a positive experience during Bentley’s birth.

Dr. Richard Chamberlain delivered Abigail via a C-section. Hughes said she had initially scheduled the C-section for Wednesday, but she went into labor early Tuesday morning.

“I was nervous about my C-section, but I didn’t have any problems,” she said.

Hughes said having Abigail was an excellent start to the new year.

It’s not her first time giving birth around a holiday, though. Hughes said Bentley is a “Turkey baby.”

Congleton said when he first saw Abigail he noticed the similarities between mother and daughter.

“I thought (Abigail) looked just like her (mother),” he said.

Congleton said he was a nervous wreck at first, but now he’s relieved Abigail is here and healthy.

Hughes said she is feeling good and is ready to take Abigail home today.

“I’m glad it happened the way it did,” she said.