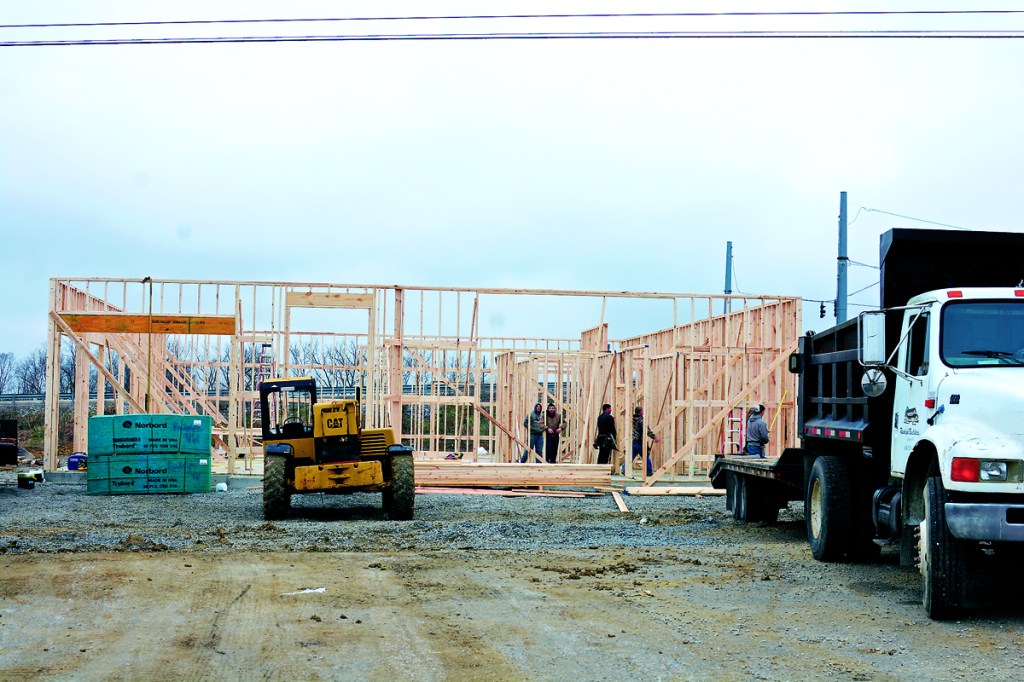 Construction workers work on the frame of the GoTime building which is expected to be completed in June near exit 94 on Interstate 64. (Photo by Lashana Harney)

“We are excited to come to Winchester,” King said.

King and her husband, Scott, first got into the convenience store business nearly 15 years ago.

The Kentucky family first opened the Chavies Food Mart in Chavies in 2004 and the Haddix Food Mart in Jackson about a year later. Since then, they have continued growing their ventures and expanding west.

King said she had always imagined having a brand-new gas station to build from the ground up, so their first GoTime location in Slade was a dream come true.

“We stay small though so we can give them a personal touch,” King said.

The Winchester location will be off exit 94 and will be GoTime’s first 24-hour location.

King said if weather permits, they plan to open the Winchester location in June.

King said Winchester seemed like a natural choice for GoTime.

“We thought there was some potential there,” she said.

“They need to look forward to good customer service, a good clean store and good food coming to town,” she said.