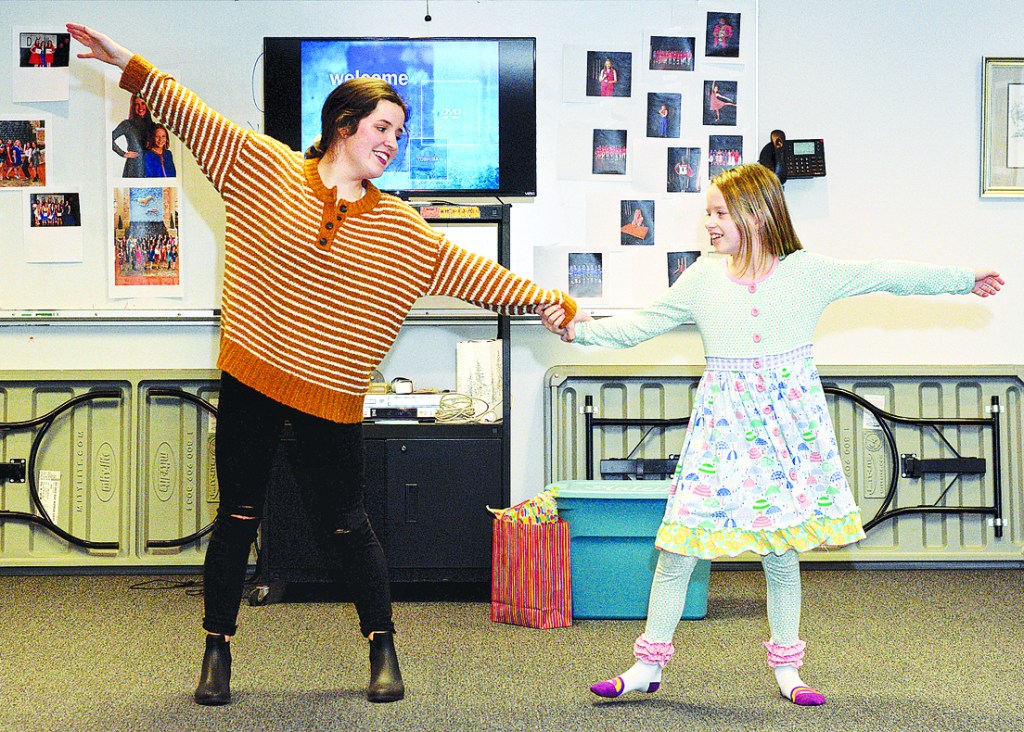 Snell, the daughter of Whitney and Daren Snell, was named the 2019 Clark County DYW in August at the 41st annual local program.

She was handed the DYW medallion from 2018 Clark County DYW Caroline Handshoe after competing against eight other local young women.

DYW focuses on helping young girls develop life skills, like interviewing skills, public speaking and making positive choices. It emphasizes being healthy, involved, studious, ambitious and responsible. It’s all about being “your best self.”

Next week, Snell will represent the local program at the state competition.

Kentucky DYW hosts its program in Lexington, and there, Snell will compete for a chance to be named the 2019 Kentucky DYW as well as an opportunity to win additional scholarships.

She will leave Sunday and spend the next week preparing for the program, along with other county DYWs from around the state, and will vie for the state title Jan. 11-12 at the Singletary Center for the Arts. She is competing against 30 other young women.

“I feel nervous but also excited and prepared,” Snell said. “(Donna Fuller) and the DYW committee have done a really good job of making me feel calm, cool and collected from the start. They’ve been with me every step of the way.”

While in Lexington, Snell will stay with her “host mom” Morgan Daulton along with one the DYW from Louisville.

“They send you to a host family because you’re going to be there all week, like 8 a.m. to 8 p.m. rehearsal, and your host family transports you to and from the (Singletary Center for the Arts), which is where most of the practices will be held,” Snell said. “Then I’m staying with one other girl participant in the program. Everyone says your host mom is really good to you. They like a second mom, so I’m excited but also nervous because it’s nerve-racking to stay with somebody for a week that you’ve never met before. But I’m sure I’ll be OK. I trust she will be great.”

Haley will spend days leading up to Friday’s opening round of competition perfecting her choreography, fitness routine and will get one shot at practicing her talent with sound and music before performing Friday night.

Snell is dancing to “You Say” by Lauren Daigle for her talent, which she said is the area of the competition she is most confident.

“(Lauren Daigle) is a Christian artist,” Snell said. “It was this song my mom wanted me to do for the local program.”

Snell said the dance is partially self-choreographed with some help from her teachers at The Force Dance Academy, a Richmond dance studio.

Contestants will also participate in various philanthropic outings throughout the week.

Snell will compete in fitness and self-expression Saturday afternoon Jan. 12. Finals will be Saturday night.

Snell’s “little sister” Ellory Moore, 9, will help her throughout the contest and perform with her as well.

Snell said she is most nervous about the interview portion of the competition in which she will complete Thursday.

“I feel like I do have a good stage presence just because I dance competitively,” she said. “I’m familiar with the stage which is something that is an advantage I do have … but the interview not so much. But the committee has helped me to practice.”

One representative from Kentucky will advance to the national program in Mobile, Alabama, where they award $150,000 in cash tuition scholarships.

Snell said once she graduates in May, she is considering attending Eastern Kentucky University to study elementary education and joining EKU’s dance team.

Clark County DYW Chairperson Donna Fuller said everyone is excited to cheer and support Snell as she represents Clark County at the state program.

“She has worked very hard on her talent presentation,” Fuller said. “Regardless of the outcome, we will be very proud of Haley as she exemplifies the true meaning of the DYW program by making a commitment to be their best selves in areas such as academics, physical fitness, morality, character and social and civic participation. We can’t wait to see her shine on stage. She is a special young lady who already is a winner to us.”

Snell said with the months of practice and the support from the DYW committee, family and friends, she hopes to be her best at the DYW state competition.

“In the local program, you get so close with the girls because we practice pretty much every week leading up to the program and just like getting your little sister involved and to see how much she looks up to you and being a role model for her,” Snell said. “I think it also helps us with confidence and stage presence if you’ve never had that before.”