For deputy coroner, job about finding ‘why’ for families 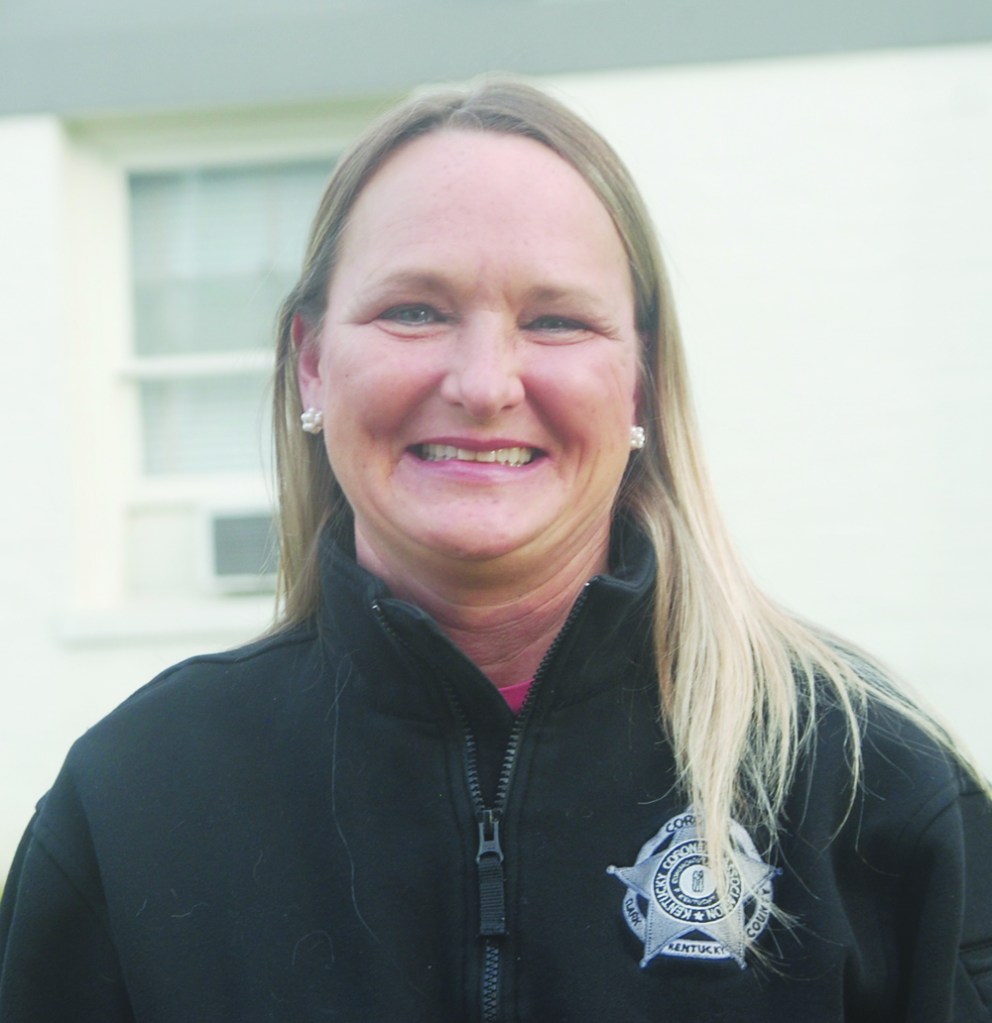 She was happy working as a registered nurse at the Clark County Hospital when a patient changed her mind more than two decades ago.

One of her patients was E.L. Edgington, who was a deputy coroner at the time. Nightly, she said he would quiz her about protocols and scenarios that coroners face.

For example, two people die in a house fire, she said. One is found on their back and the other is on their stomach. You can only autopsy one. Which one do you choose?

Night after night, the questions continued.

“He would quiz me on things all the time and I loved it,” she said. “He said to me one night, ‘One day you can have my job.’”

Crews, a lifelong Clark County resident, said she didn’t give it another thought until she got a phone call some time later.

“I randomly got a call from (former Clark County coroner) David Jacobs who said, ‘You come highly recommended. Will you come in to our office for an interview?’” she said. “I was hired on the spot.”

In September 1997, Crews became a deputy coroner at age 27. She still answers calls in the middle of the night, and any other time Coroner Robert Gayheart calls her.

“We work every death except hospice or inpatient (care) at the hospital,” she said. “It’s not always foul play.”

Through her 21 years, Crews has seen plenty of death, from natural causes to the extreme traumas from car accidents, fires and homicides. Her favorites, she said, are homicides because of the investigation element.

“My favorites are the ones that are challenging,” she said. “I enjoy that part of the job. I like to get in there and see exactly what happened.”

Crews said she always takes her own scene photos and always attends the autopsies, so she can learn as much as she can.

After more than two decades on the job, making the family notification is still one of the toughest duties.

“The hardest part of going to talk to the family, especially when you have to knock on their door at 3 a.m. to tell them a loved one passed away,” she said. “I still get nervous after all these years. No one can teach you that. You have to learn for yourself.”

It’s a task that becomes easier with experience and practice, but it never simple.

“The no. 1 question is, ‘What happened?’” she said. “We don’t always know because not every case is autopsied.”

Much of being a coroner is learned on the job, she said. Kentucky does not require coroners or deputy coroners to have a medical background, but they must complete a training program and have continuing education hours each year, she said.

Crews still works as an RN as her main job. Being a deputy coroner only pays about $500 a month, after taxes, she said.

Many times, she has been called out of work or in the wee hours of the morning.

“I do it because I truly, truly love my job,” she said. “It doesn’t bother me to get up in the middle of the night to take a call. I feel like I am able to help families with the grieving process.”

Crews has seen a lot of death, occasionally violent, gruesome and tragic, like when children die from abuse.

“Those make me angry,” she said. “I want to make sure to do everything we can so the right person is convicted.”

Every case, she said, is equally important whether the death was from natural causes or foul play.

“Certain cases you never forget,” she said. “My faith helps me deal with it. I know their soul is in heaven and I’m there to take care of their body. My job is to find answers for the families.”