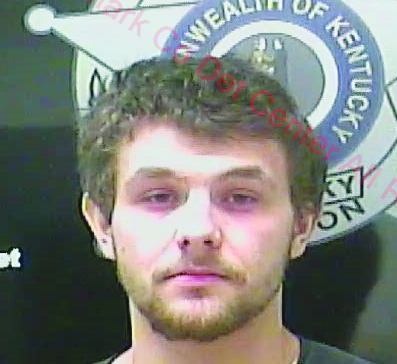 Monday in Clark Circuit Court, McIntosh said he gave Matthew Carmen, one of the alleged shooters in the case, a ride following the incident.

“Matthew Carmen was wanted by the police,” McIntosh told Clark Circuit Judge Jean Chenault Logue. “They came by my place looking for him.”

Carmen was not there, he said, but he did not tell police he had previously given Carmen a ride.

Prosecutors recommended a one -year sentence. McIntosh must also testify at trial, if the other defendants reach that point.

A second person, Jessica Burton, previously pleaded guilty and was sentenced to first-degree hindering apprehension or prosecution after withholding information from Winchester Police while they were searching for Carmen. She was sentenced to three years in prison.

The other six people charged with the shooting: Carmen, Ronnie Ellis, Denzel Hill, Darian Skinner, Mikaela Buford and Julia Richardson, are all scheduled for a trial on May 19.

In a separate case, McIntosh also pleaded guilty to one count of first-degree unlawful transaction with a minor for having a photo of a female child involved in a sexual act. Prosecutors recommended a one year sentence and that charges of possession of matter portraying a sexual performance by a minor and persistent felony offender be dismissed.

McIntosh is scheduled to be sentenced Feb. 14 for both cases.

Starting the year in prayer